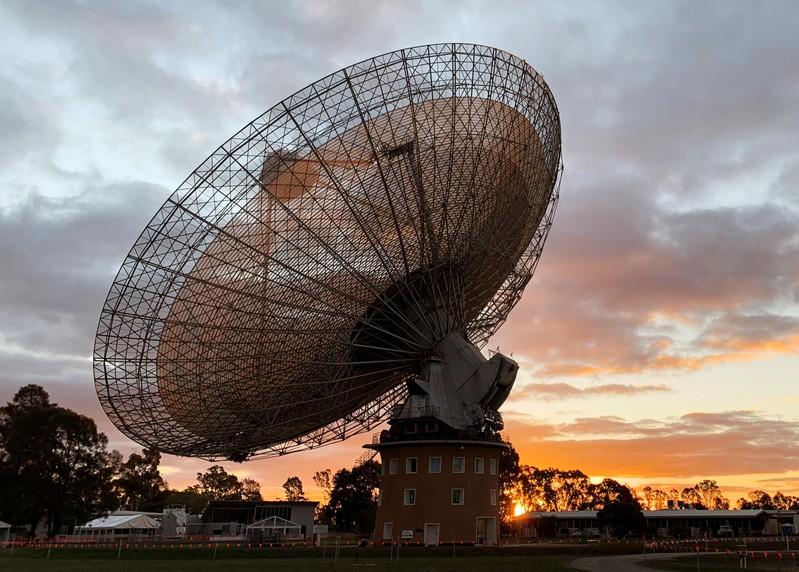 PARKES, Australia (Reuters) – Known as "The Dish" and rising above an unusual paddock in rural Australia. Without it, hundreds of millions of people would never see the whole generation defining footage of Neil Armstrong, who walked on the moon 50 years ago.

A radio telescope in the Parks Observatory is depicted at sunset near the city of Parks, Australia July 15, 2019 Reiches / Stefica Nicol Bikes

About 600 million people around the world keep their hesitant breath while watching television screens on July 20 1969, waiting to see Armstrong go out of Apollo 11's lunar module and enter the historical books.

Back to Earth, it started as a day's work for David Cook, senior radio telescope engineer at the Parks Observatory in the South East New South Wales, about 360 miles west of Sydney.

The Parks Observatory is one of three tracking stations, with Goldstone, California, and the now-decommissioned Honigsul Creek Station in the Australian capital of Canberra, charged with shining photos of the lunar walk to the world.

Cook was only interested in doing his job properly and making sure the signal was not lost. In the United States, the control room of the National Aeronautics and Space Administration (NASA) switched the signal between the three tracking stations and came to Parks' signal for eight minutes in the show.

NASA found the quality of the photos from Parkes so much higher that they stayed with the signal from the Observatory, called "The Bowl", for the rest of the long run. "After we finished tracking when I went off the telescope, I looked up and saw the moon," recalled Cook, now 87, and charged with the officer in the observatory.

"Then it seemed to me that it was an amazing thing that there was a man, two men walking on the moon, and a third there," he said.

The Parkes Research and Industrial Research Library of the Community (CSIRO) was officially opened in October 1961 and has a diameter of 64 meters (210 feet) and remains one of the largest telescopes for astronomy in the southern hemisphere.

"The Dish" is still used by astronomers around the world.

Permanent upgrades keep it on top of radio astronomy. The telescope is now 10000 times more sensitive than when it was put into operation. The magical images that radiated around the world in 1969 also changed the life of a six-year-old boy who watched the moon land with his classmates sitting on the cold, wooden floor of Sydney's school room.

"I knew that was really the time when I began to think about astronomy," said John Sarkisyan, an operative scientist from the CSIRO telescope.

"I had no idea when I was fifty years later, actually, I was going to work at the place that got those TV pictures," he said.