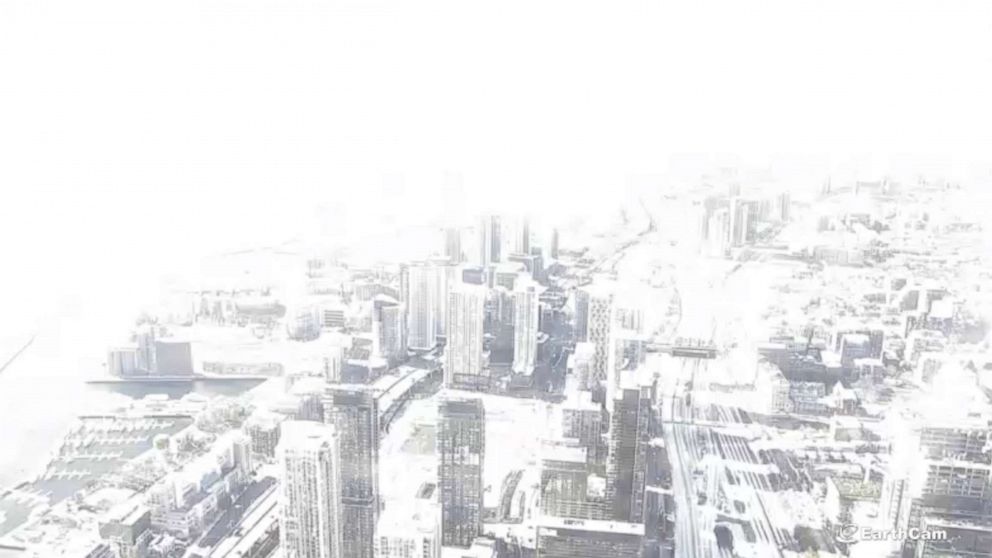 The fireball was going about 56,000 miles per hour when it broke to pieces.

Pieces of meteor were spotted falling from the sky off the east coast of the United States and Canada in the middle of the day.

Residents of New York State began to see flashes of light around noon on Wednesday, and by evening the American Meteor Society (AMS) had received more than 1

50 reports in seven states. The event was seen mainly in New York and Ontario, but the organization also received reports of sightings in Maryland, Michigan, Ohio, Pennsylvania and Virginia.

Dozens of people in New York contacted local authorities and the media on Wednesday afternoon after hearing a “strong boom,” according to the AMS. The noise was loud enough to shake windows, but clouds in the area prevented the source from being spotted, the Associated Press reported.

The sound occurs when a very bright fireball penetrates the stratosphere below an altitude of about 30 miles and explodes like a car – an extremely bright meteor.

As it traveled west at a speed of about 56,000 miles per hour, the meteor broke to pieces at an altitude of about 22 miles, which then created the bright lights observed throughout the East Coast.

The physical flight of the fireball ended somewhere above Lake Kayuga in New York, shows the ground trace of the event, which was calculated by NASA.

EarthCam posted on Twitter a video of the meteor flashing across the Toronto skyline on Wednesday afternoon, captured by a camera facing the CN Tower.

Several thousand fireballs are found in the Earth’s atmosphere every day, but most of them occur over the oceans and uninhabited regions, and many of them are masked by daylight, according to AMS. In addition, fireballs that occur at night are often missed because no one goes out to see them. The brighter the meteor, the rarer the event.

But numerous meteor sightings have occurred in the past month.

On Monday, a bright meteor was seen all over Japan as it fell through the sky. Small fragments of the meteor may have reached the ground, experts say.

NASA also confirmed that a strip of blue light seen in central Texas near Killeen in mid-November was a meteor.

“A giant ball like a meteorite changed the rainbow spectrum of colors until it turned into a beautiful turquoise,” Texas resident Mary Ann Myron told ABC’s KTRK station in Houston, describing the light as “huge” and colorful.

What happens to the brain in a sudden stroke? Egg yolks could hold the answer