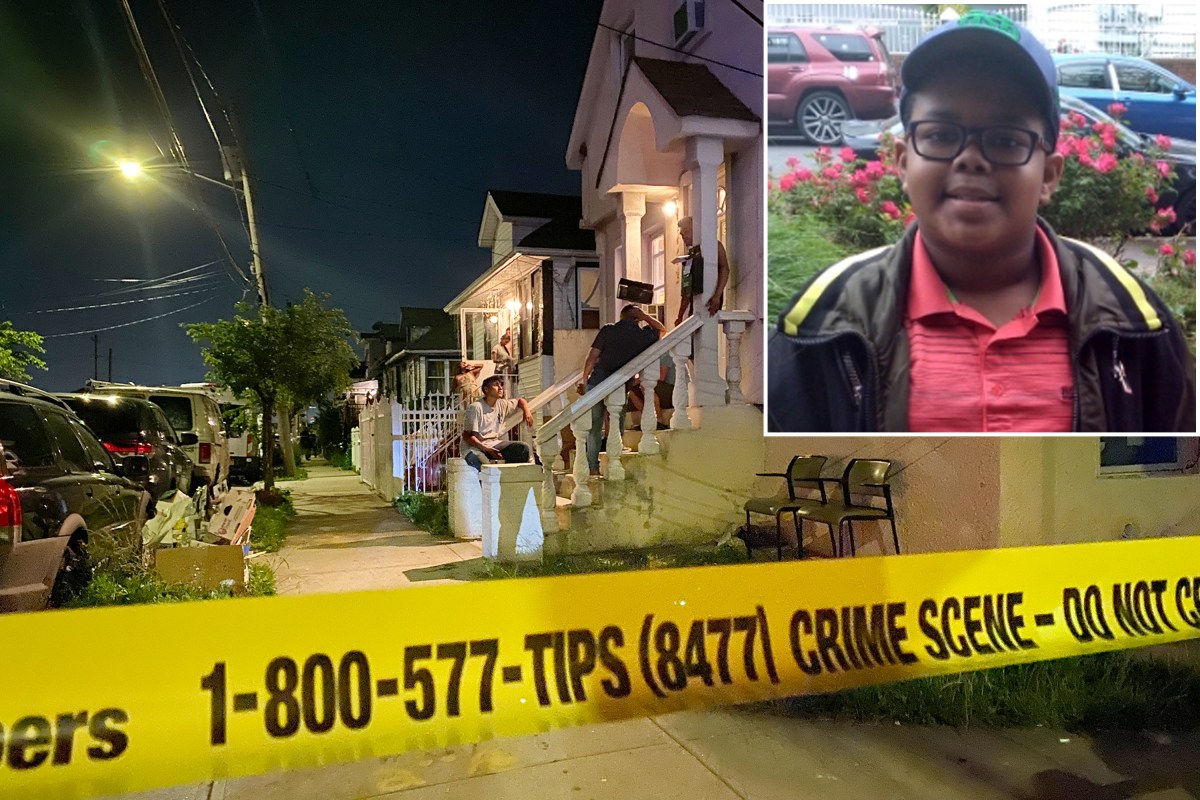 Queens’s heartfelt father told The Post on Sunday, clutching his dying 10-year-old son in his arms – after the boy was shot in a dispute between neighbors over an alley.

Albert Wallace, 57, said he brought his son Justin to his sister’s home on Saturday night in Far Rockaway and was in the basement with her when they heard gunshots outside.

Wallace ran outside and said, “Why is my son lying right here? “

“I go to my son and when I turn him over, I see this pile of blood,” the father said.

7;s family and their neighbors over a common alley. Sources in the police confirmed the motive for the alleged shooting in front of The Post.

“Immediately after the shooting, he came out,” Wallace said.

The father said his nephew left his car parked in front outside while unloading it on Saturday, which caused the man’s neighbor to run over and open fire on them.

“My nephew came in when the man was running around … and [shot]. “My nephew was opening the door, my son was inside and he was shot,” Wallace said.

Wallace said he lifted the sixth-grader’s shirt to find that the boy had been hit in the abdomen by a bullet.

“I felt it and felt the firmness when I screamed and said, ‘Call 911! Please let them come, because they are one minute from my sister’s house! ‘ ” he said.

The father said emergency teams arrived on the scene and tried to move the boy.

“What hurt me was seeing these boys from my son’s EMT as dead meat, a dead cow,” said Wallace, whose eyes were filled with tears.

“After they put him in the ambulance, they started pumping his breasts, so I knew something was wrong,” he said.