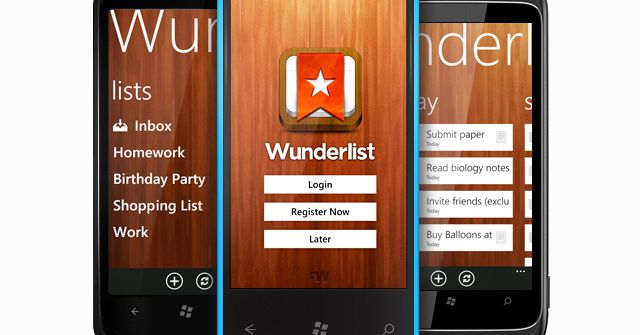 Wunderlist founder Christian Reber has offered to buy back the popular Microsoft task management application so it won't be stopped. "It's still sad Microsoft wants to turn off Wunderlist, even though people still love and use it," Reber says on Twitter . "I'm serious Satya Nadella and Marcus Ash, please let me buy it back. Keep the team focused on Microsoft To-Do and no one will be angry that they didn't close Wunderlist. ”

Microsoft first acquired Wunderlist in 2015, for a rumored price of between $ 1

00 million and $ 200 million. Since then, the software giant has launched its own Microsoft To-Do application, and it's clear that acquiring Wunderlist is complicated. The Wunderlist API runs on Amazon Web Services, and Microsoft has decided to rewrite everything rather than trying to transfer it directly to Azure.

While Wunderlist is still operational, Microsoft has stated that it plans to shut down the application after all its features are available in Microsoft To-Do. It's not clear exactly when it will happen, but Reber has a desire to avoid it at all. He confirmed that it was a "serious offer", but there was no sign that Microsoft even wanted to entertain the offer.