The fourth launch of a SARGE suborbital missile fails 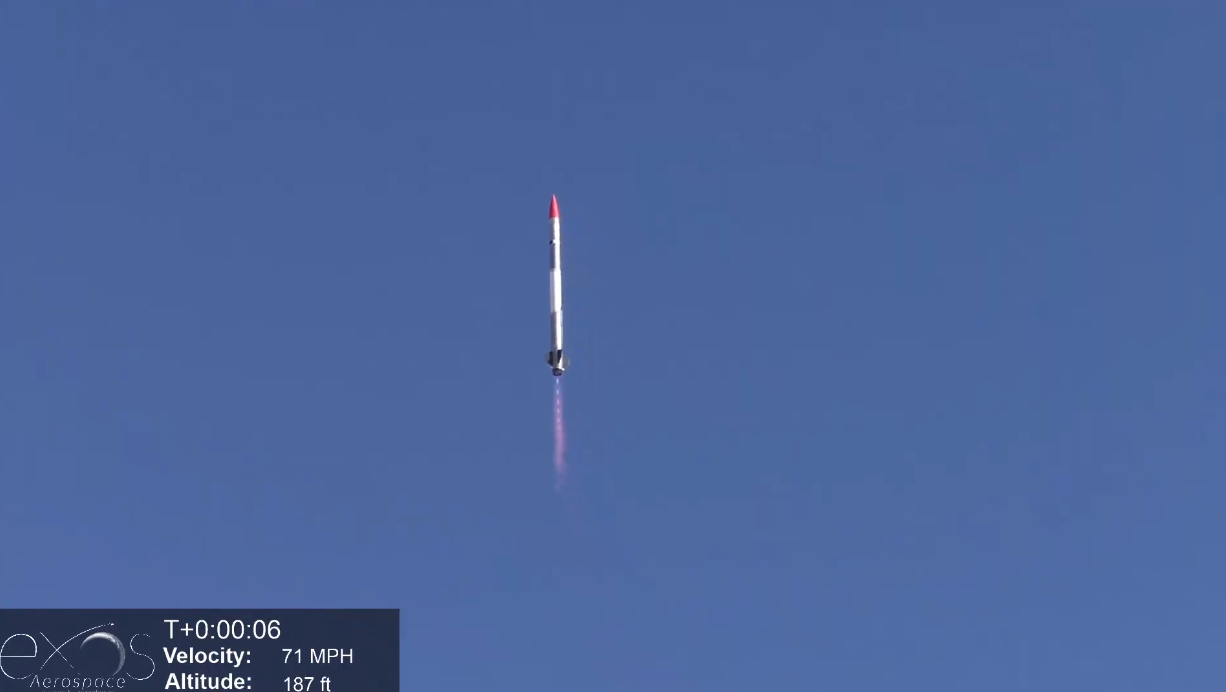 After recovering from an unexpected navigation problem that triggered engine shutdown in flight on their last mission, Exos Aerospace was ready to return to flight with the fourth shot of their suborbital SARGE rocket.

The launching mission was tasked with conducting experiments from nine universities and research organizations and will launch from Spaceport America in the US state of New Mexico. However, the car failed after a hesitant climb and failed to stop properly, causing the car to hit the ground without restoring its trademarked parachute mark.

SARGE stands for Suborbital Autonomous Rocket with GuidancE (SARGE) and is a Suborbital Reusable Launch Vehicle (SRLV) by Exos Aerospace.

Built on the STIG B platform, SARGE is a liquid oxygen / ethanol two-wheeled vehicle using the LE23000FC series engine to produce 24.4 kiloerons or 5500 lbs of lift.

1 m (36) feet high and 51 cm (20 in) in diameter, the probe rocket (another name for small suborbital vehicles) is capable of carrying a fleet of small scientific experiments weighing up to 50 kg in total to over 80 km (49.7 miles)

Launched by Spaceport America, the Federal Aviation Administration – or FAA – in the United States has issued an Exos Aerospace license to launch a Multiple Launch Mission on February 14, 2018 [19659002] A successful pathfinder mission proving the use and effectiveness of SARGE as a missile was completed six months later on 25 August 2018.

The exact time is still TBD.

The altitude was 80 km; However, the problem with the onboard GPS receiver resulted in an early shutdown of the engine and a maximum altitude of 28 km.

Despite the early shutdown of the engine, the SARGE recovery equipment was working as expected and the rocket was restored from the desert in New Mexico – after which it was repaired and resumed on March 2, 2019

This second mission also targeted 80 km, but high-level winds led to a maximum altitude of only 20 km.

The second mission is the first SPECIAL flight to conduct scientific experiments and research payloads.

Once again, SARGE was restored and upgraded for a third flight, which took place only three months later on June 29, 2019.

The third flight also had to reach 80 km and also carried payloads on board the research .

However, nanoseconds after takeoff, the navigation and guidance system began to malfunction, swinging the rocket instead of holding it in the straight and straight path.

This problem was initially corrected, but after a few seconds it developed again.

Repeating the problem caused the onboard systems to shut down the engine. The rocket jumped up to 14,000 feet before deploying its parachutes and landing safely back on Earth.

All payloads were successfully restored.

Exos quickly traced the problem to imbalance between navigation and control systems and used the data recovered from the intact SARGE landing from its third flight to help refine and correct the balance. [19659002] The basic corrective action introduced the implementation of a new inertial measurement system (IMU).

As part of the return-flight plan, Exos conducted a coupled rocket propulsion test with SARGE and its new IMU on October 1, 2019.

This flight will once again aim to see SARGE reach 80 km above the ground before descending for landing and recovery . It was unsuccessful.

Heads up, he's back to pieces!

The launch looks good for the opening seconds before starting the vehicle rolling. Once the view has been restored, it can be seen that the vehicle is returning to multiple parts, with the main section failing to return under a chute leading to it on the ground.

As in the previous two fields, the mission carries scientific payloads and research experiments from nine universities and research organizations, including:

Despite the failure, this flight was marked for the third time, the sub-orbital rocket scene is reused for the fourth time – with the first two quarters and the lights go respectively to the new Blue Origin Shepard 2 and 3 amplifiers.

Exos partly uses SARGE SRLV to test scaled systems that they intend to use in their planned orbital rocket classes.

There is no timeline for when this orbital rocket can debut.

It is known that the orbital variant will be able to lift 100 kg of payloads into low Earth orbit.