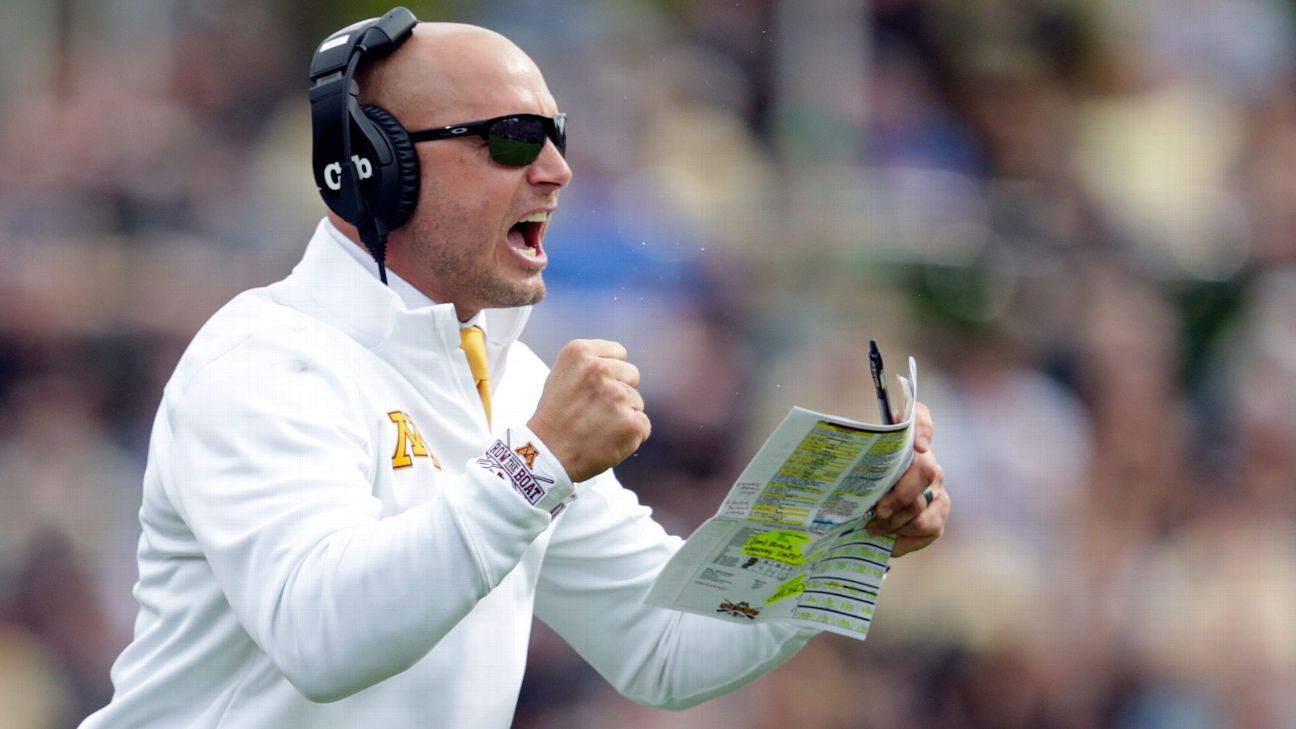 Minnesota Coach P.J. Fleck agreed to a new seven-year contract in the 2026 season, the school announced on Tuesday.

The School Board of Regents has yet to approve the new agreement. Salary data was not immediately published.

Fleck originally signed a five-year, $ 18 million contract with Minnesota in January 2017, received two subsequent pay extensions and increases, and he was signed in the 2023 season at a salary of $ 3.6 million this year. That deal required Fleck to pay $ 1 million to Minnesota for every remaining season of his contract if he went to another head coaching position.

His new agreement is expected to include a significant increase in the salaries of the coaching staff.

"It is a great honor for me to lead this team and represent the University of Minnesota and this great state," Fleck said in a statement. "Our family absolutely loves Minnesota. We are excited to continue to call this state home. We are building a championship culture – one that our fans can be proud of – through the academic, athletic, social and spiritual development of our student-athletes." [19659002] Fleck became the second youngest FBS coach on October 26 to reach 50 career victories. He went 30-22 at Western Michigan and led the Broncos to the Cotton Cup in the 2016 season.

Minnesota hosts Pen State on Saturday in an 8-0 team game.