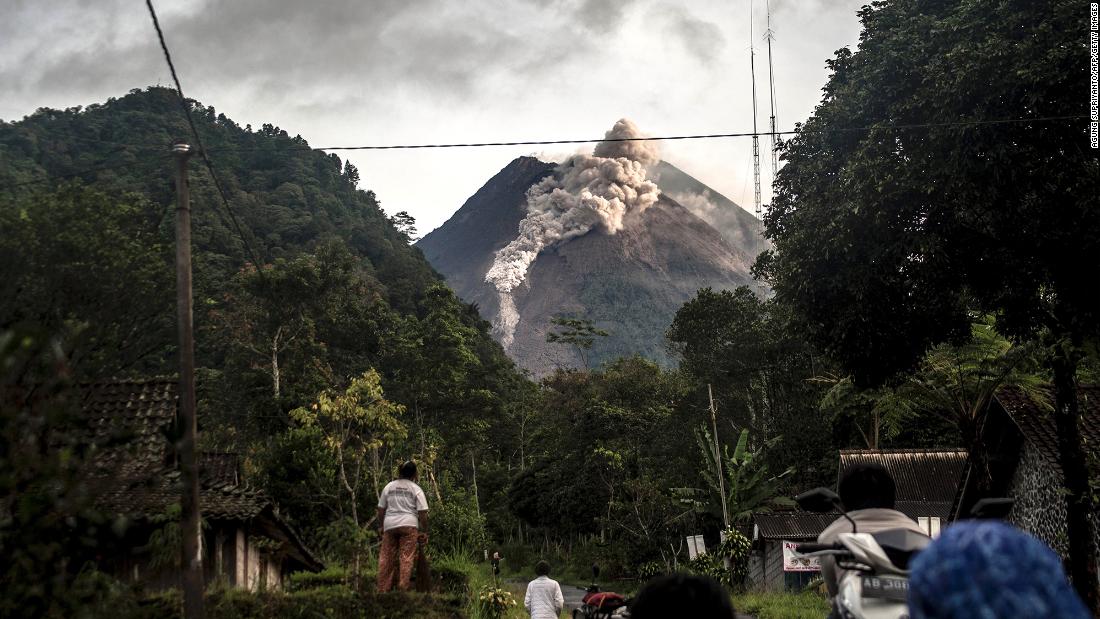 The 2,963-meter-high (9,721-foot) Merapi is one of Indonesia’s most active volcanoes and is already the second most alarming volcano in the country.

Kasbani, head of the Indonesian Center for Volcanology and Geological Hazard Reduction, said Merapi had been spewing “fairly intense” hot clouds at least 30 times since Wednesday morning and warned of the danger of lava crossing roads near the volcano.

Photos shared on social media show that ash covers the homes of some close residents.

There were no immediate reports of damage, but some residents have chosen to leave their homes, the local disaster mitigation agency said.

Located on the so-called. The Ring of Fire, Indonesia has more volcanoes than any other country, and Merapi erupted in 201

The eruption comes just weeks after a magnitude 6.2 earthquake on the Indonesian island of Sulawesi, flattened buildings and dozens dead.

The missionary has been drowning in El Salvador in recent days