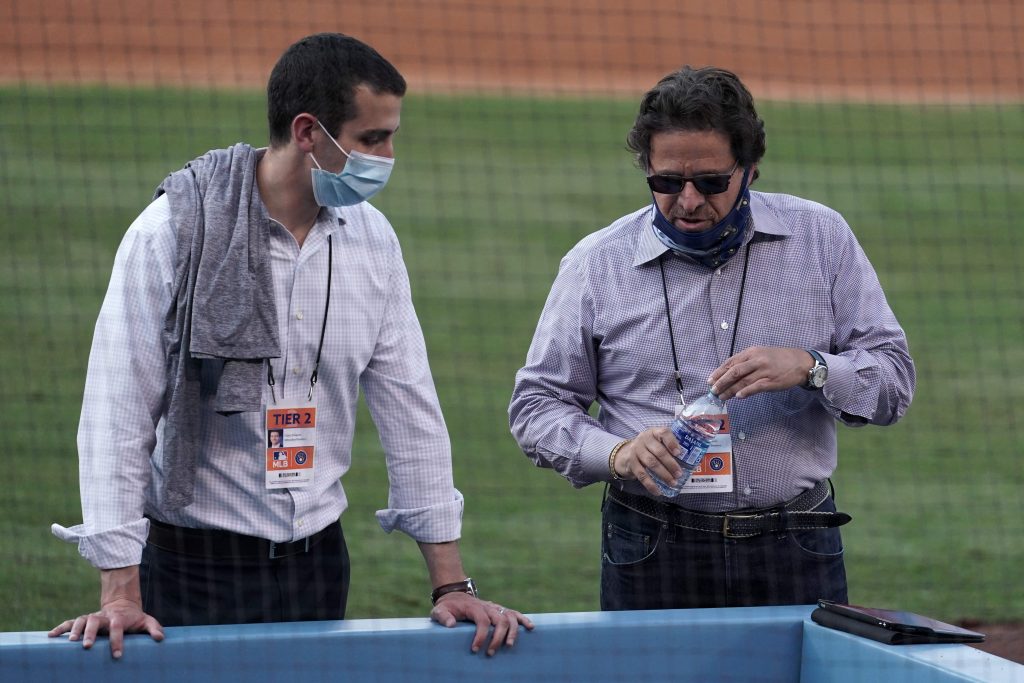 The search for the Mets’ front office has led to the front offices of opposing teams, with mixed results so far. The Mets had an interest in talking to Brewers president David Stearns about baseball operations, but the Brewers rejected the Mets’ request, according to MLB.com’s John Paul Morozi. In a subsequent statement from Morosi, he said that New York had also asked permission from the Indians to talk to Mike Chernoff, CEO, about the vacant Mets president about the role of baseball operations, and it was not yet known if the tribe agreed.

Chernoff has been a longtime member of Cleveland’s front office and has served as general manager since October 2015. He has some remarkable ties to the New York area, as Chernoff comes from New Jersey and his father is CEO of WFAN̵

7;s New Radio. York. Since Chris Antonetti is still the tribe’s chief decision-maker as president of the baseball team, the Mets’ job would be a promotion for Chernoff (clubs don’t usually block their employees from interviewing for higher jobs up the ladder) and a chance to not only manages his own team, but also takes on one of the most intriguing job opportunities in the last memory.

Since Stearns is already president of the Brewers ‘baseball operations, it would be a sideline to take a similar job in New York, which would explain why the brewers turned down the Mets’ request. Stearns signed a contract extension in January 2019, which carried the promotion from GM to president of baseball operas, presumably as a way for brewers to divert potential head hunting requests from other teams. Stearns is from New York and began his career working in the front office of the Mets, plus his shares as CEO rose only given the success of the brewers under his watch. Milwaukee has reached the season in each of the last three years and finished a game away from the NL flagship in 2018.

While the Mets are known to be looking for both a president of baseball operations and a general manager, Ken Rosenthal and Jason Stark of The Athletic have noted the possibility of New York hiring GM for now. “The pool of available managers may not be deep enough to hire the two most important decision-makers to work under them,” said team president Sandy Alderson, Rosenthal / Stark, listing several names (including Antonetti, Reiss CEO Eric Neander and Blue Jace President / CEO Mark Shapiro) seem comfortable in their current positions.

As Alderson approaches his 73rd birthday, the Mets may consider hiring a CEO who will then move to the presidency as baseball players and full control of the front office after Alderson retires from his current role. , after leading the transition in the property era. Or that the general manager could stay in office, and the Mets could hire an entirely new president for baseball competitions if another name (Theo Epstein, perhaps?) Came into the picture in about a year.