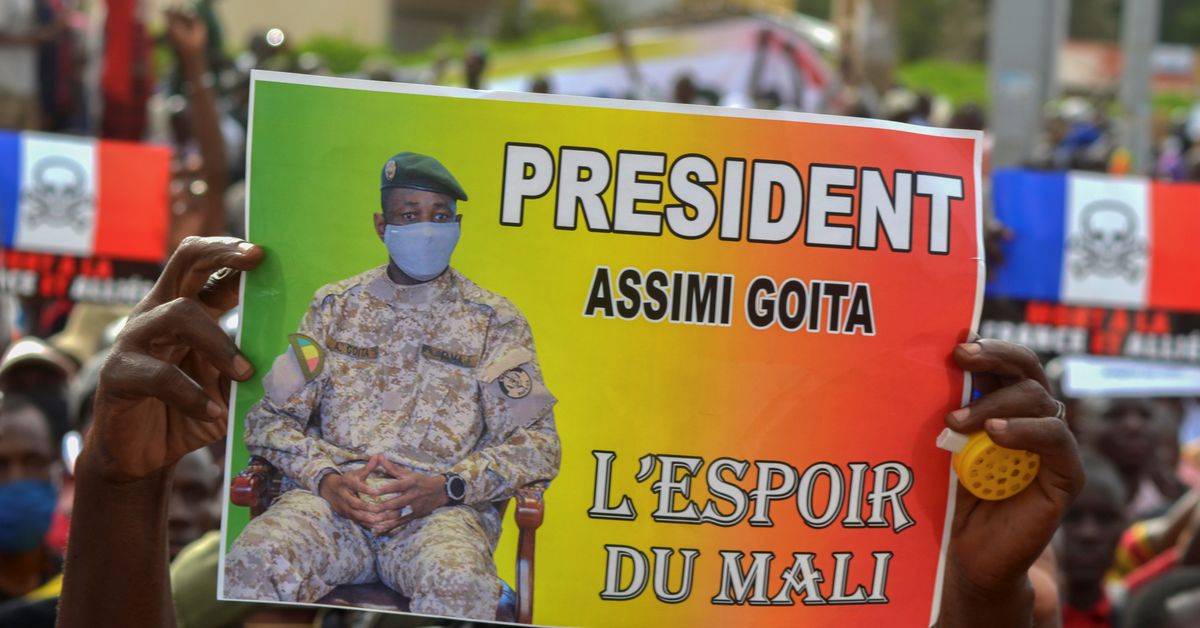 Asimi Goita, the Malian colonel who ousted two presidents in the past nine months, said he would watch the transition to democratic elections as he was sworn in as interim president on Monday.

Goita, a 38-year-old special forces commander, was already named president by the constitutional court last month after the removal of Bach Nou, but was officially sworn in on Monday during a ceremony in the capital, Bamako.

Hours later, he appointed opposition leader and former minister Choguel Maiga as prime minister, according to a decree read on state television.

It was not immediately clear to what extent Maiga’s appointment would meet calls from Mali’s neighbors and military allies such as France and the United States for a civilian-led government.

Countries fearing a political turmoil could undermine the fight against Islamist insurgents in the Sahel region are also urging to ensure that elections continue next February, as planned. Goita’s advisers suggest that this may be delayed.

“The situation offers us the opportunity to take the transition process back in the direction people want,” said Goita, who had replaced his camouflage items with a dark gray officer’s uniform and yellow belt when it was unveiled.

A supporter of the opposition M5-RFP coalition in Mali holds a poster of Colonel Asimi Goita during a rally marking a year since the beginning of the protests that contributed to the overthrow of former President Ibrahim Bubakar Keita on Independence Square in Bamako, Mali, June 4, 2021. The poster reads “President Asimi Goita – Mali’s hope.” Reuters / Amadou Kate

He said he was committed to implementing “the actions needed for the transition to succeed, in particular the organization of credible, fair and transparent elections, which are held on schedule”.

A transitional government was then formed to oversee the 18-month transition to democratic elections with Ndaw as president and Goita as his deputy.

Last month, Goita ordered the arrests of both the Ndaw and the prime minister for failing to inform him of details of the cabinet’s restructuring, which he said violated the transitional charter. Both later resigned while in custody.

The West African regional bloc ECOWAS and the African Union stopped Mali from their organizations, although they refused to impose additional sanctions. The World Bank said on Friday that it had suspended payments to the country.

The former colonial power, France, which supports more than 5,000 troops in Mali to fight Islamist militants, has said it will temporarily suspend joint military operations with Malian troops, but will continue to operate in the country separately.