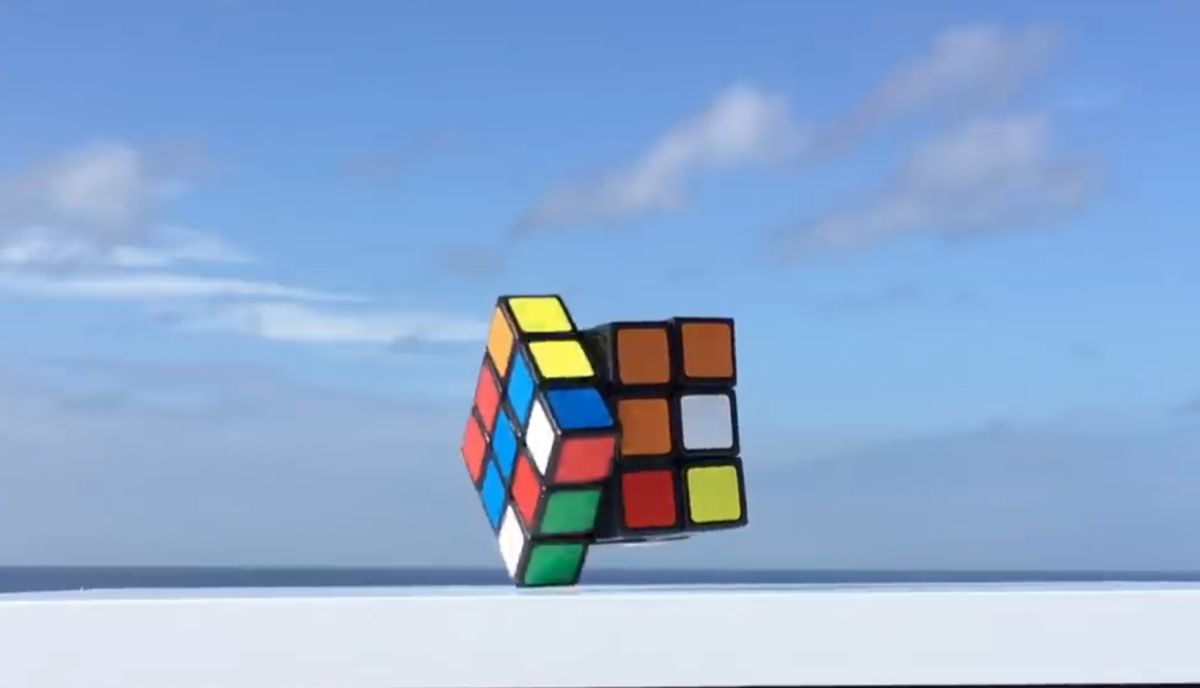 I really can't think of any reason that this levitating, self-destructive Rubik's Cube is not the best-selling toy this holiday. Check it out in action. It's extremely cool.

The floating robotic version of the emblematic puzzle toy – found in Xploids – is made by Japanese inventor Human Controler. While he does other curious things – like this farting baseball, the human controller seems to be obsessed with the 1974 invention by Hungarian sculptor and professor architect Ern Rubik. He hit the first version of the self-destructive Rubik's Cube in April 201

Human Controller uses a 3D printer to create custom cores filled with servomotors that are controlled by an Arduino board in his heart. The impressive part is how he is able to fit all those electronics into this small space as these images and the behind-the-scenes video show:

The levitating version was even more difficult to make than the ordinary one, as it had to use powerful magnets inside the nucleus to interact with the magnets installed in the table below it. Opposing magnetic forces cause the toy to levitate about an inch above the surface.

Hope Human Controller approached by Rubik Cube company to do this soon. I have never dealt with the cube, but I would like to have a constant constant solution and non-resolution on my desk – a metaphor for life itself.