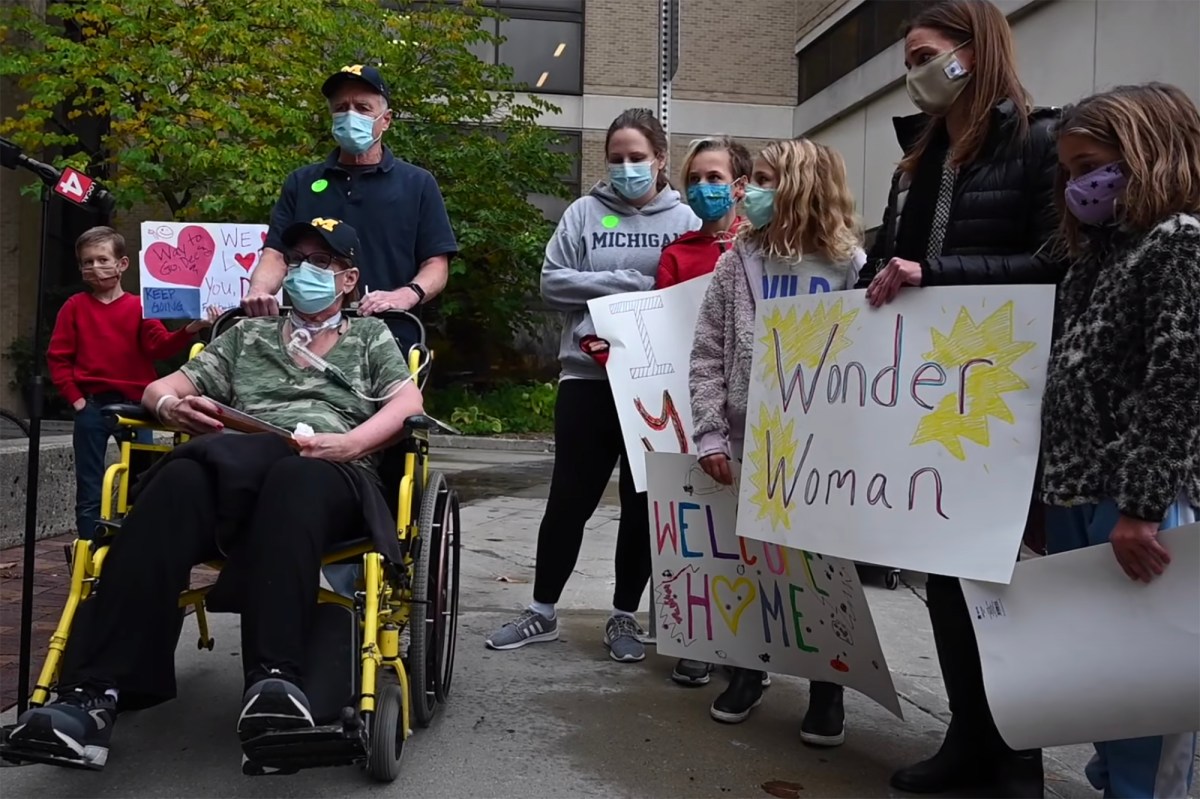 Deanna Hair didn’t have to live, let alone go home. But the 67-year-old Michigan woman finally walked through the front door – with a walker – after battling COVID-19 for more than six months in hospital.

Hair, from Ann Arbor, left the hospital on Thursday after 196 days, almost tripling the time left by the most severe coronavirus patients, mlive.com reported. She still needs a fan at night and can’t walk more than 50 feet without resting.

“It completely changed my life,” Hair told NBC News. “The whole process, from nausea and going to the hospital to recovery and then rehabilitation and staying in a ventilator ̵

1; it was just so exhausting.”

Her hair and husband Ken contracted the infection in late March. His symptoms were mild: fever, painful cough and vomiting.

Three days later, she began her long stay in Michigan medicine – and the problems never seemed to stop. The blood stopped flowing to the colon, which the surgeons eventually had to remove. Then, 10 weeks of ventilator, several chest and stomach infections and kidney failure, NBC reported.

“There’s something about her fighting spirit that got her through this, because not everyone in this situation could handle it,” Ken Kos, 71, told NBC.

In June, the hair was moved from the specialized intensive care unit COVID-19 to the regular intensive care unit. Weeks later, she went only to the hospital ward. In September, she finally began inpatient rehabilitation. Then, Thursday, the last OK to go home.

However, hair has no illusions about the long way forward.

“I know it’s going to be difficult, but I have my support system that maintains and cares for me from entering this hospital,” she told NBC. “It supports me and continues to support me.”

Is Megan Markle expecting her second child? Rumors of a pregnancy have dropped