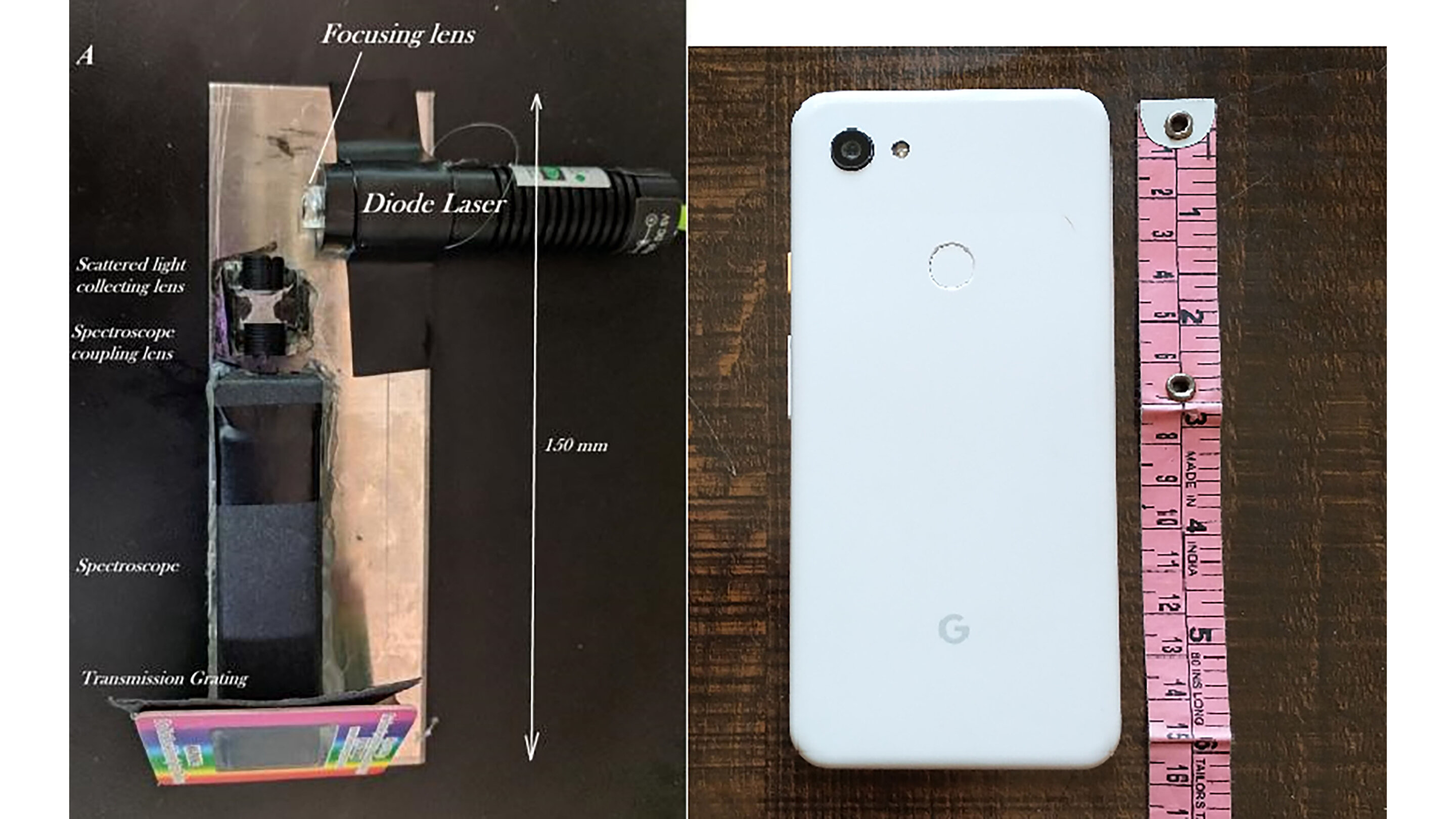 Scientists at Texas A&M have developed an extension to a regular cell phone that makes it a tool capable of detecting chemicals, drugs, biological molecules and pathogens. The advance is reported in Reviews of scientific instruments.

Modern mobile phones include high-quality cameras capable of detecting low light levels and eliminating digital noise through software processing of captured images. Recent work has taken advantage of this sensitivity to create mobile phone cameras that can be used as portable microscopes and heart rate detectors.

Current progress is based on two types of spectroscopy. One type, known as fluorescence spectroscopy, measures the fluorescent light emitted by a sample. Another, known as Raman spectroscopy, is useful for detecting molecules, such as DNA and RNA, that do not fluoresce or emit light at very low intensities. Both types were used to develop this detector for mobile phones.

The system includes a cheap diode laser as a light source oriented at right angles to the line connecting the sample and the camera of a mobile phone. The right-angle position prevents backlight from entering the camera.

“In addition, this rectangular excitation geometry has the advantage of being easier to use for sample analysis where the overall property needs to be measured,”

The researchers examined various samples using a mobile phone detector they designed, including common solvents such as ethanol, acetone, isopropyl alcohol and methanol. They recorded Raman’s spectra on solid objects, including carrots and granules of bacteria.

Carrots were chosen for this study because they contain the pigment carotene. The laser light used in their system has a wavelength that is easily absorbed by this orange pigment and by the pigments in the bacteria.

The researchers compared the sensitivity of their system with the most sensitive Raman industrial spectrometers available. The signal-to-noise ratio for the trading instrument is about 10 times higher than the mobile phone system.

However, the sensitivity of the mobile phone detector can be doubled by using one RGB channel for analysis. The system has a rather limited dynamic range, but researchers note that this problem can be easily overcome with several HDR or High Dynamic Range applications that combine images from multiple exposures.

Additional components, including the laser, add a cost of about $ 50 to the price of a typical cell phone, making this system a cheap but accurate tool for detecting chemicals and pathogens in the field.

Provided by the American Institute of Physics

Quote: The mobile phone becomes a powerful chemical detector (2021, May 4), extracted on May 5, 2021 from https://phys.org/news/2021-05-cellphone-powerful-chemical-detector.html