The Murder of Samuel Patti: How a Teenager’s Lie Caused a Tragic Chain of Events | France 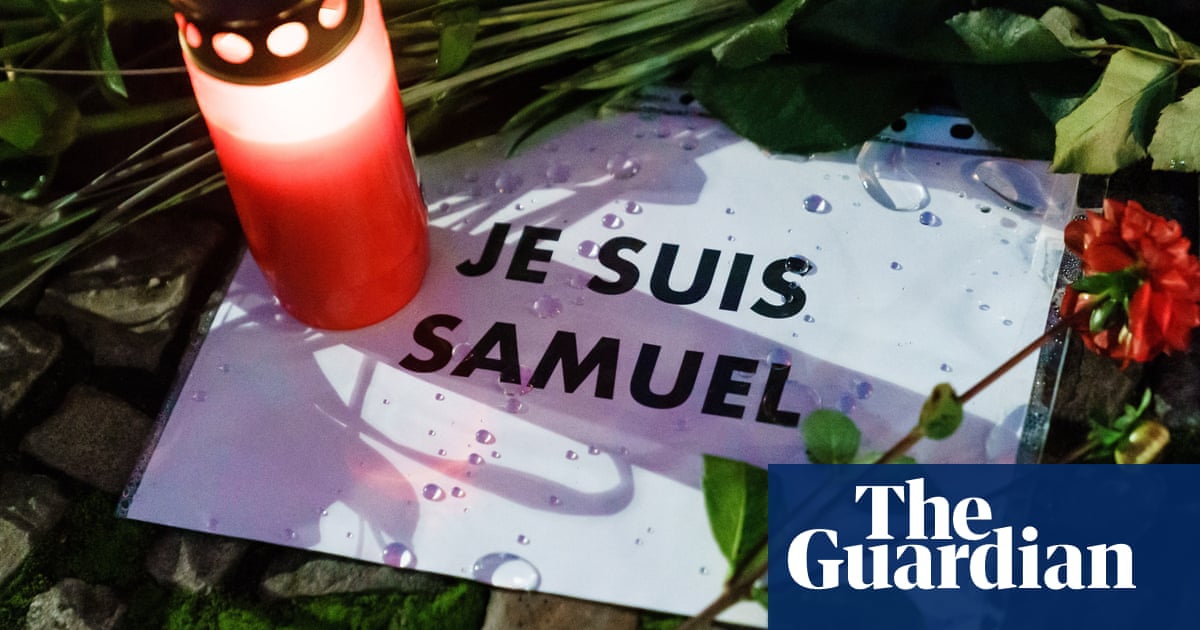 Like many school omissions, the 13-year-old wanted to prevent her father from finding out that she had been suspended because she had not attended classes many times.

So she made up a story. The teenager said her history teacher, Samuel Patti, had instructed Muslim students to leave the classroom so he could show the others a “picture of the prophet naked.”

It may have seemed a harmless lie enough, but it caused a series of events that led to unimaginable horror.

1; beheaded by an Islamist terrorist. Patty’s family is devastated, France is traumatized, and the girl and her father face criminal charges. Two other teenagers who took money from the killer Abdullah Anzorov are also under investigation.

On Sunday, Le Parisien revealed that the girl, known only as Z, had admitted that she had wrongly accused Patty. The newspaper says she confessed to the investigating anti-terrorist judge that she lied and that she was not even in the class where Patty showed the students contradictory cartoons from the satirical newspaper Charlie Hebdo.

The newspaper says the girl lied because she wanted to please her father.

“She would not dare to admit to her father the real reasons for her expulsion shortly before the tragedy, which was actually related to her bad behavior,” Le Parisien said.

On October 6 last year, Patti, a history and geography teacher, gave a class on “dilemmas.” He posed the question “to be or not to be Charlie?”, Referring to the hashtag #JeSuisCharlie, used to express support for the newspaper after a terrorist attack in its offices in January 2015, which killed 12 people.

Patti is said to have invited Muslim students who thought they might be shocked, close their eyes or stand in the hallway for a while while he showed the students a caricature of the Prophet.

Two days later, the girl told her father that Patti, 47, had asked Muslim students to leave the class before showing the cartoon. She said she disagreed with the teacher and he stopped her from class for two days.

After hearing the story, her outraged father, Moroccan-born Brahim Chnina, 48, shared on Facebook a video in which he condemned Patti and called on him to be fired from high school in Conflans-Sainte-Honorine. Second, an equally angry video was posted on social media accusing Patty of “discrimination.”

Chnina complained to the school and police that Patti was guilty of “spreading pornography” and sparking accusations of Islamophobia at the school.

Once launched, the issue boiled over on social media and reached Anzorov, an 18-year-old radicalized Chechen migrant living in Normandy who was looking for a cause on the Internet. On October 16, Anzorov traveled to Conflans-Sainte-Honorine, paid two teenagers from the school to identify Patty when he left for home on Friday night, and beheaded him.

A seemingly innocuous lie had led to the murder of the husband and father of a five-year-old boy.

The girl reportedly stuck to her story while police told her that several classmates had confirmed that she had not attended the lesson and that Patti had not instructed Muslim students to leave the classroom, as she claimed.

Investigators reportedly claimed she suffered from an “inferiority complex” and was betrayed to her father.

The girl’s lawyer Mbeko Tabula insists that the burden of the tragedy should not fall on the shoulders of a 13-year-old girl.

“The father’s excessive behavior, the creation and publication of a video accusing the professor, led to this spiral,” Tabula told Parisien. “My client lied to me, but even if it was true, her father’s reaction was still disproportionate.”

Chnina, who is under investigation for “complicity in a terrorist murder,” told police he was “idiotic, stupid.”

“I never thought my messages would be seen by terrorists. I did not want to harm anyone with this message. It’s hard to imagine how we got here, that we lost a history professor and everyone blames me. “