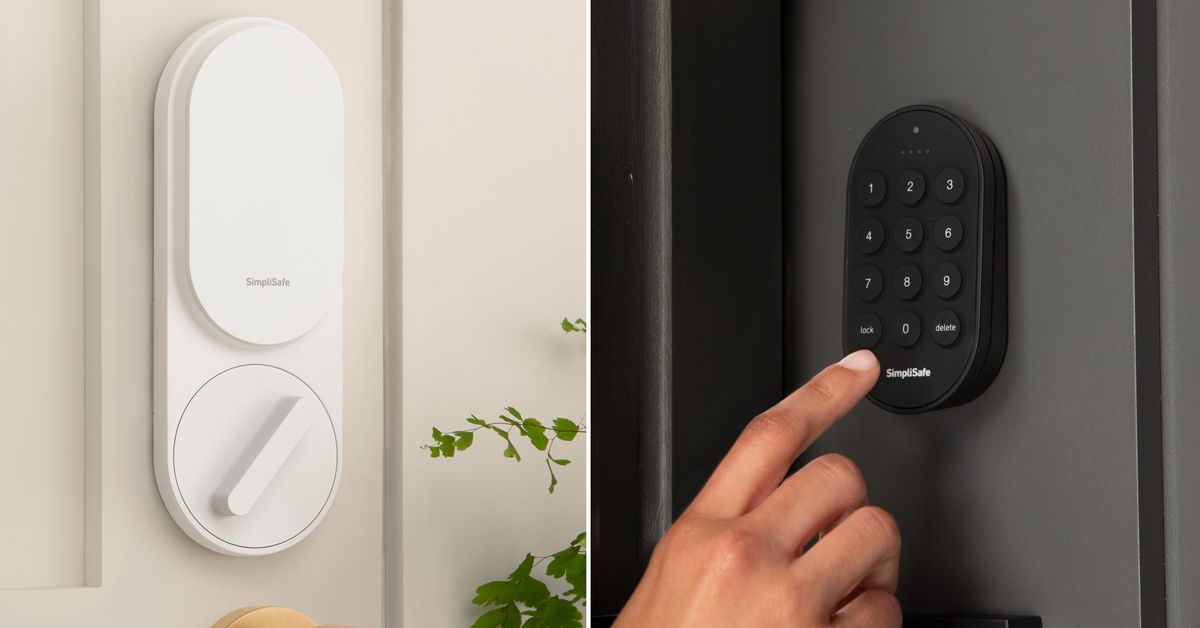 We called SimpliSafe the best home security system you can install yourself – and while there is a reported vulnerability we now need to test, I'm almost sure existing owners will want to hear about the latest product company: SimpliSafe Smart Lock.

Comes on September 15th for $ 99 and is designed to work fairly closely with SimpliSafe's latest alarm system – enough to automatically lock the door when you turn on your alarm or even stop from lock when your door is open, if that door has a contact sensor. That way, you don't accidentally strike a terrible bolt in the frame of your door.

Keep in mind, some competing alarm systems, such as Amazon Ring Alarm and Google Nest Secure, now allow you to arm and disarm the alarms when you lock or unlock a compatible smart lock, and SimpliSafe already lets you push one hand – and lock the trick with August Smart Lock too.

But SimpliSafe also says that its new smartest lock is the thinnest on the market by 0.9 inches – compare to 2.3 inches for August Smart Lock Pro or 1.5 inches for Nest x Yale – and comes with an external PIN pad that you can mount anywhere on the outside of the door so you don't have to choose between an entry and a keyless key. In fact, it will also work with the SimpliSafe keypad and the internal keyboard.

However, if you want to unlock the door with an app, however, SimpliSafe is strangely charged extra: you'll have to pay $ 25 per month for the company's remote monitoring service. If you are already paying for it, no big deal, but it is a weird limitation.

The lock will be available in black-on-black, white-on-white or nickel-plated white when it arrives on the company's website next month and is due for sale on Best Buy on October 13th.