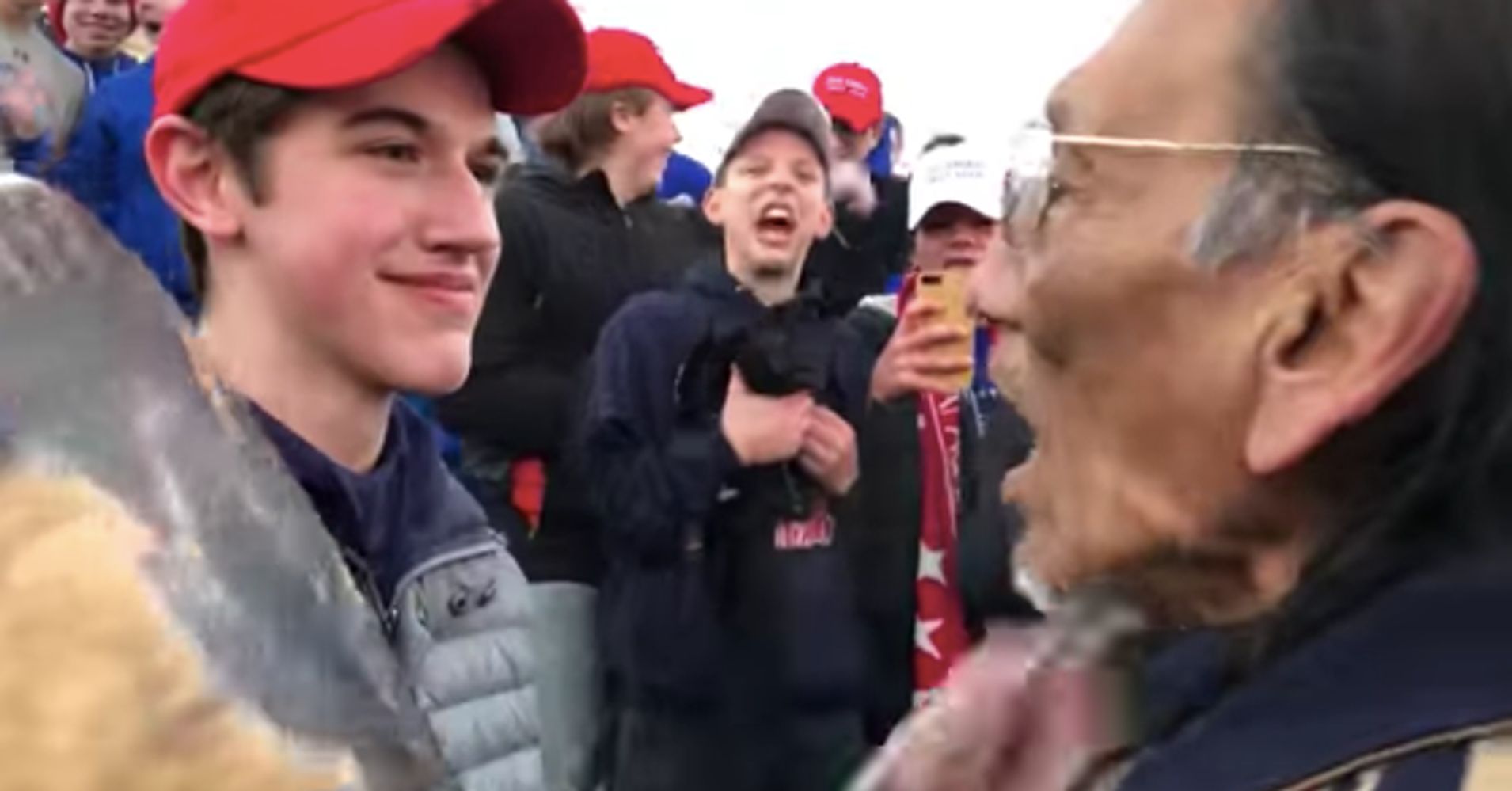 Another video appeared on Sunday of the viral moment between an Indian man and a student carrying a hat "Make America Great Again," complicating an incident that has already been accepted as another parable of the strongly divided policy of the nation and the growing one. racial tension.

More than an hour of footage shot before the meeting was uploaded to YouTube on Sunday and appears to show a confrontation between a large group of Catholics instigated by black men who identify themselves as Jewish Israelis. In the video, men can be heard screaming on someone on the scene in the Lincoln Memorial, including other black visitors and Indians.

The camera then turns to the students who were in Washington for a rally against abortion, some of them carrying hats with the slogan of President Donald Trump's campaign. in the middle of the native rally with their dirty hat, says a man in the video. Later another student screamed at the students: "A group of incesting babies. Here's what looks like America's Great.

One of the activists in the video denied to Facebook that his group had incited the incident, saying in a comment that "the devils are trying to be sneaky."

The Indian elder at the center of the viral video, Nathan Phillips, appears shortly after, the brief encounter that has become a viral moment. Phillips is quickly surrounded by the teens in the video, saying he was frightened when some start to annoy and a student stares in front of him.

Late Sunday, the student at the center of the video, Nick Sandman publishes a statement through a public relations firm trying to distance himself from racism and intimidation. Instead, Covington's Catholic pupil said he believed he was helping to master the situation.

"I have never interfered with this protester. I was not talking to him. I did not make any hand gestures or other aggressive moves, "Sandman writes. "Honestly, I was startled and confused, why he had come close to me. … I said a silent prayer that the situation would not come out of control.

The incident caused national outrage and Sandman said on Sunday he had received death threats and calls for him to be excluded from school. In several interviews, Phillips explained that he had turned to the students themselves to try to cover part of the tension between the white students and the black men who were screaming.

"I went in between them to pray," Phillips said to "The New." York Times in an interview, saying he is worried that racial tension has "come to a boiling point." Saturday. Against the backdrop of the threats, the disciple said he had no "bad will" for a veteran of the Vietnam War, but he moved part of the responsibility for Phillips' situation.

"I respect the right of this person to protest and participate in the freedom of speech. activities and I support his singing in the footsteps of the Lincoln Memorial every day of the week, "Sandman writes. "I believe he needs to rethink his tactics of invading other people's personal space, but that's his choice to do."