The next two astronauts on the moon could both be women, says NASA Administrator 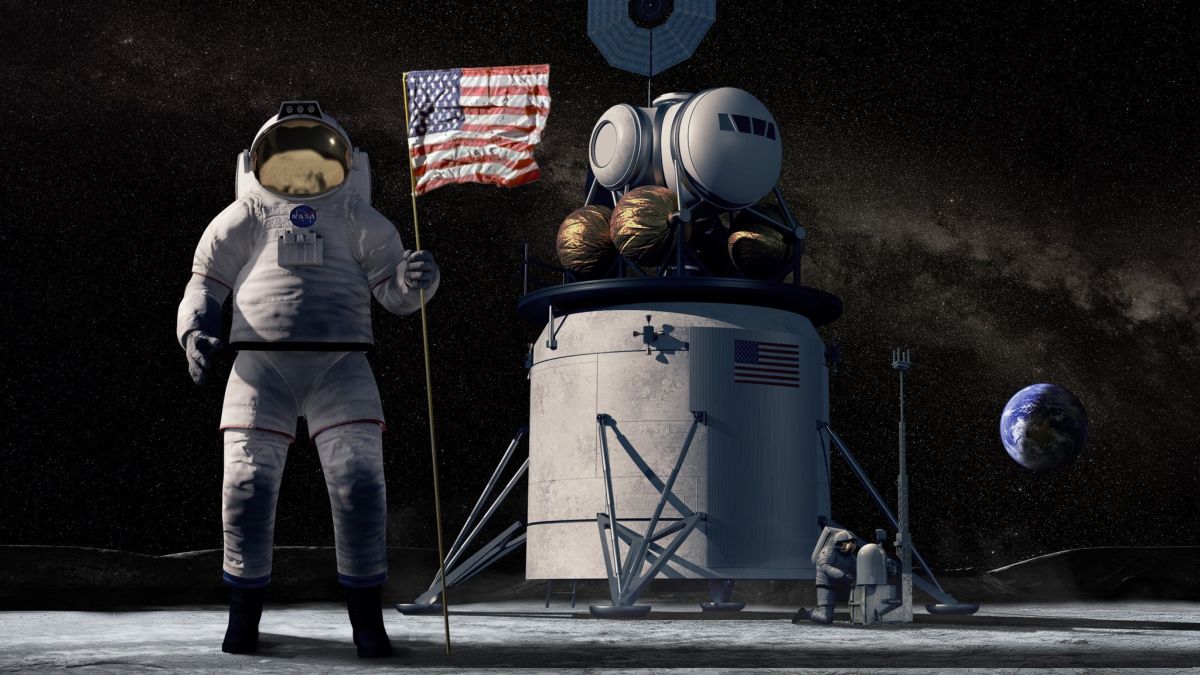 WASHINGTON – The next two astronauts on the moon could be both women.

In a keynote speech at the International Astronautical Congress (IAC), NASA Administrator Jim Bridenstein deviated from the political line about Artemis' lunar program – in which he usually says something along the lines of "We will land the first woman and the next man on the moon" – to suppose that the agency's next moon landing may involve many women on the lunar surface, whichever is selected.

"There are some great women in NASA right now," Bridenstein told the Astronaut Corps, adding that it is very likely that someone already in the spaceflight group would be overhearing the Artemis III moon landing mission. But this crew has not yet been selected.

Related: Can NASA really put astronauts on the moon in 2024?

The administrator made his comments against a background of several months of discussion with the participation of women from the cosmonaut corps, especially surrounding the first spaceport for all women. The extrusion is delayed by months (until last week) due to the problem of sizing with available space suits at the International Space Station. Now, with the historic space path reached last Friday (October 18), Bridenstein's comments are firmly focused on the future – a moon exploration program that will include not only women but more international partners than Apollo's lunar missions carried out in the 1960s and 1970s.

Bridenstein emphasizes that the first footprints of shoes that will remain on the moon with Artemis will be left by the Americans. But, he added, these missions will involve international partners. At a bilateral meeting at the IAC earlier this week, he said he had met with 26 countries interested in participating; one headliner is the European Space Agency, which will discuss participation in Artemis at its Space19 + Senior Government Ministerial meeting next month. Canada has already committed to joining NASA's lunar missions in February 2020 with plans for a robotic arm Canadarm3 for the Gateway lunar space station.

The administrator further stated that NASA would have to "go fast" to succeed in its quest to retrieve astronauts on the moon in five years. In previous interviews, however, he said that the agency worked to achieve this safely and did not place undue pressure on its contractors and subcontractors to reach the moon during this time period.

A difficult but achievable goal

Bridenstein, who delivered the keynote speech on October 25 at IAC Public Day, received a question from a member of the public who asked why the moon landing should be done by 2024 and what will happen if the date is not met.

He replied that the impetus to move so fast came from trying to manage the "risks I was worried about" as a NASA administrator. These include both technical and political risks. Technical risks can be managed by NASA, its international partners, and its contractors, Bridenstein said. He then went on to explain political risk with a brief history lesson. Initially, NASA sent a budget request for 2019, suggesting that the agency could land the people of the moon in 2028: This 10-year program is based on NASA's budget, increasing only by inflation. But, speaking with representatives of the Trump administration and looking back at history, Bridenstein said he was aware.

In 1989, around the 20th anniversary of the moon landing on Apollo 11, President George H.V. Bush proposed the Space Exploration Initiative (SEI), which aimed to bring people back to the moon. But NASA's plan for that was too expensive and time consuming, so SEI was subsequently canceled, Bridenstein said. In 2004, a similar fate struck President George W. Bush's vision for space exploration, which offered human missions to both the moon and Mars.

If NASA waits about 10 years for Artemis, Bridenstein said, funding from the Congressional Budget Committee may not be as readily available as political priorities change. Bridenstein did not mention this in his speech, but 2024 is also the last year that Donald Trump will be president if he is not impeached in his current term or elected to a second term in 2020. (The impeachment investigation against Trump is ongoing , but at a press conference on Thursday – October 24 – Bridenstein said he was not worried about it so far.)

"If we continue in 10 years, we will increase political risk," Bridenstein said in a tonic. "What is our purpose?" he added. "Our goal is to get to the moon in a sustainable way, with international partners … and to do that, we have to go fast.

NASA's decision to make Artemis possible was to refuse the first budget request," which did not is a normal process, "Bridenstein joked. "But we went back and changed the budget request to ask for an additional $ 1.6 billion – namely to get a landing system on the surface of the Moon from Gateway."

He acknowledged that the 2024 target is ambitious. "If we do that, everything still has to go well." But he added that a longer program, while easier to achieve, would be at greater political risk.

NASA's Artemis first mission is scheduled for 2020. The agency aims to use a NASA rocket launcher for the first time to launch an undeveloped Orion spacecraft on a contour around the moon and back to Earth. It is planned that Artemis II will start shortly thereafter, carrying the first men of the mission, and the moon landing mission (Artemis III) is scheduled to launch in 2024.