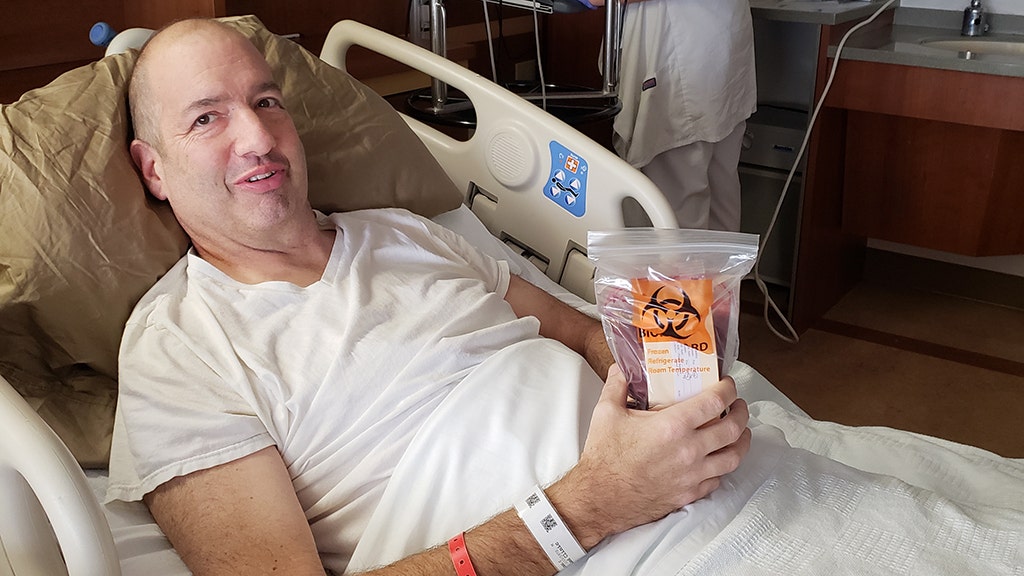 The decision of an Ohio man to go to the emergency room to have a second examination of a bug bite proved to be life-saving, doctors say.

Mike Balla, 46, experienced unusual leg pain in August 2018 after he believed he had a reaction from some kind of insect bite.

CHILD, 3, MIDDLE RARE CANCER AFTER DOCTORS DIAGNOSED WITH CONSTIPPATION: "Dies in My Arms"

Once at the Cleveland Clinic Emergency Room, Bala was stunned when a doctor told him he had cancer, the hospital said in a press release.

Bala was informed that the red, swollen leg pain was not a bug bite, but was actually an indication that he had acute myeloid leukemia in adults, a type of cancer that targets the blood and bone marrow and can progresses rapidly if not treated immediately.

The Rocky River resident was quickly transported to the main campus of the hospital the same day he began chemotherapy treatments.

Doctors say Bala caught cancer just in time; his cancer went into remission only after a month of inpatient treatment. He received a bone marrow transplant from his brother in December and was already on the road to recovery.

In May, Bala received the disturbing news that his cancer had returned. But after more chemotherapy treatments, he went into remission again.

Doctors say Bala got cancer on time – after only one month of inpatient treatment, Bala's cancer went into remission.
(Mike Bala through the Cleveland Clinic)

Now cancer-free, Bala uses her story to encourage more men to stop ignoring what they might consider to be minor health issues.

"I learned you have to track and make sure you listen to your body," he said, according to FOX8.

Dr. Aaron Gerds, an oncologist at Cleveland Clinic said it was seeing more and more men ignore warning signs and simply attribute them to skin problems.

"It's called acute because if people don't get treated right away, it can take people's lives within days and weeks, "he said.