The optical data rate has been increased by a factor of at least 10,000 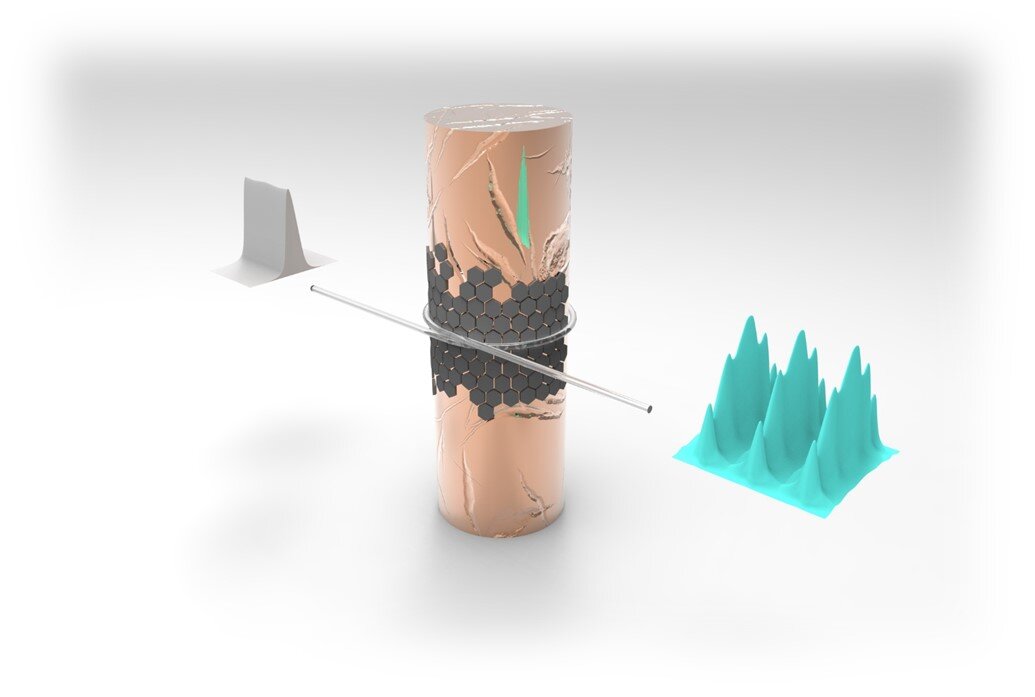 Pulsed lasers repeatedly emit light for a short period of time, as if blinking. They have the advantage of focusing more energy than a continuous wave laser, the intensity of which remains unchanged over time. If the digital signals are loaded into a pulsed laser, each pulse can encode one bit of data. In this regard, the higher the repetition rate, the more data can be transmitted. However, conventional pulsed lasers based on optical fibers usually have a limitation in increasing the number of pulses per second above the MHz level.

The Korean Institute of Science and Technology (KIST) reported that the research team, led by senior researcher Dr. Yong-Wong Song at the Center for Optoelectronic Materials and Devices, was able to generate laser pulses at least 1

0,000 times faster. high state of the art. This achievement was achieved by inserting an additional graphene-containing resonator into an optical pulsed laser oscillator operating in the femtosecond range (10-15 seconds). Data transmission and processing speeds are expected to increase significantly through the application of this data communication method.

The KIST research team noted that the characteristics of the wavelength and intensity of the laser light, which change over time, are related (Fourier transform). If a resonator is inserted into the laser oscillator, the wavelength of the pulsed laser is periodically filtered, thus changing the pattern of change in laser intensity. Based on this basic study, principal investigator Song synthesized graphene, which has the characteristics of absorbing and eliminating low light and amplifying the intensity by passing only strong light into the resonator. This allows the change in laser intensity to be precisely controlled at high speed and thus the pulse repetition rate can be increased to a higher level.

In addition, graphene is typically synthesized on the surface of a catalytic metal and then the product is separated from the catalyst and transferred to the surface of the desired substrate. In this process, the problem usually arises that the graphene is damaged or impurities are introduced. The aforementioned KIST research team solved the problem of reduced efficiency during the production process by forming graphene directly on the surface of a copper wire, which is easily accessible, and additionally covering the wire with optical fiber for use as a resonator.

As a result, it was possible to obtain a repetition rate of 57.8 GHz, thus overcoming the limitations of pulsed lasers with respect to the repetition rate, usually limited to MHz. In addition, the graphene characteristic, so that heat is generated locally when the laser is absorbed, was used to adjust the characteristics of the graphene resonator by applying an additional laser to the device.

Researcher Seong-Jae Lee of KIST said: “In the current scenario, where the demand for data traffic is growing exponentially, ultrafast pulsed lasers operating at ultra-high speeds and allowing tuning settings are expected to provide a new approach to adapting to this rapidly changing is a data processing script. “Principal researcher Song, who led the study, added:” We expect that the development of ultrafast pulsed lasers based on resonators and graphene will bring our leading role in technological development and the related market in nanomaterial optical information devices. ”

Provided by the National Council for Science and Technology

Black holes can be dark stars with “Planck hearts”