The Palestinian misstep can bring annexation 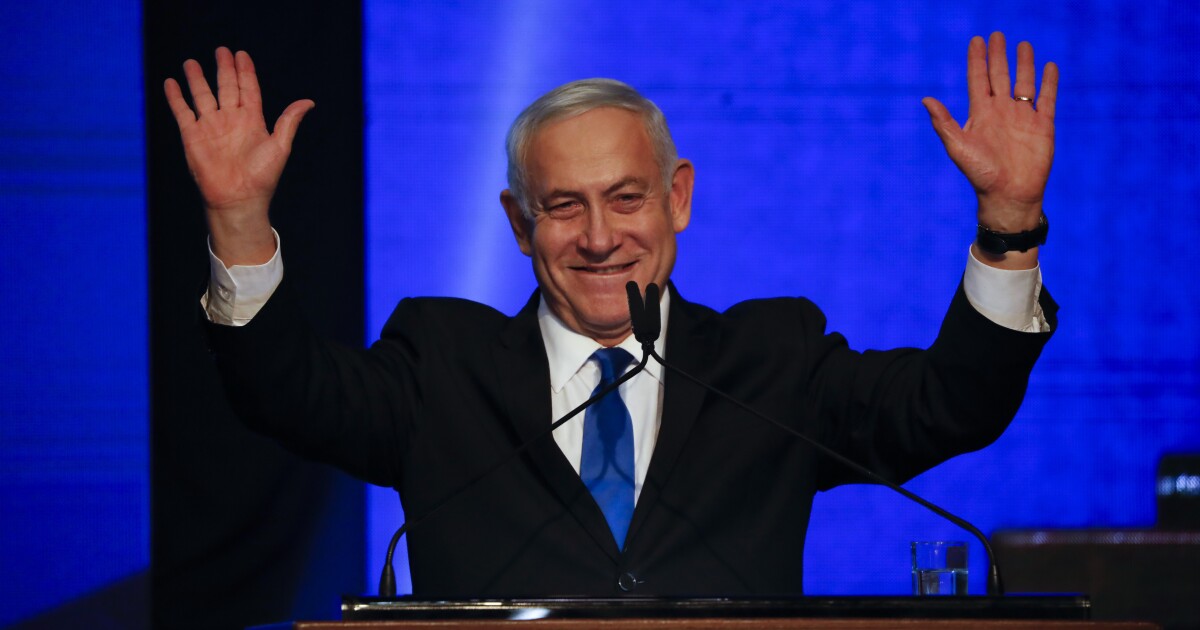 The election results in Israel have created a stalemate that may take weeks to resolve. Regardless of whether Prime Minister Benjamin Netanyahu retains his post, he has done something in the election that is noteworthy. He made waves, stating his intention to annex the Jordan Valley. Instead of dismissing the idea, Benny Ganz, the other leading prime ministerial candidate, replied that Netanyahu was copying his own positions.

In this way, Netanyahu and Ganz have annexed the mass in a way that the next Israeli government, as well as the United States and Palestinians, will have to cope with.

The message was met with predictable responses. Palestinian negotiator Saeb Erekat said: "If the annexation is implemented, it will be able to bury any prospect of peace for the next 1

00 years." Others dismissed it as a simple election in the days before the Israeli vote.

Something more is at work. It is neither as cataclysmic as Israeli critics suggest, nor as meaningless as political cynics believe.

The Trump administration signaled its intention to soon unveil its peace plan. Netanyahu said he would follow his plans for annexation in coordination with Trump. Yet, after hearing about Netanyahu's plan, the administration declared "there is no change in US policy." This policy does not include Israeli annexation of the Jordan Valley.

Trump's opponents conclude that there is some backstage deal in which he gave the green light to Netanyahu's annexation. This is unlikely.

It is more likely that, in anticipation of the plan, the Israelis are joking about the position. After all, annexation is not unprecedented in Israeli history.

After the 1967 war, Israel immediately annexed the part of Jerusalem that it had not controlled since its independence in 1948. While Israeli sovereignty over united Jerusalem remains controversial in the halls of the United Nations, it is not the least controversial in Israeli political system. There is no peace deal for any Israeli government to back down. President Trump acknowledged this reality in 2017 when he recognized Jerusalem as the capital of Israel.

Fourteen years after the war, in 1981, Israel annexed the Golan Heights. This March, Trump recognized Golan as Israeli territory. The response of the international community was collective yawning. No one thinks that peace in the Middle East will be well served if Assad's Syrian regime regains control of the territory.

The West Bank is different. For 52 years, Israel has ruled this territory without annexing it. In a wide brush, there are three options for this land. Option one is some form of Palestinian sovereignty. Option two is the continuation of the status quo. Option three is the Israeli annexation of parts that either have significant strategic value or are home to hundreds of thousands of Israeli citizens.

Along comes Trump's peace plan. While it is true that US policy has not changed, it is about to change. Regardless of the content of the plan, it will certainly represent some change in the status quo and perhaps a significant one. The Trump administration is about to recommend against the status quo option. Netanyahu and others in the Israeli political system are pushing for the annexation option.

What are the Palestinians doing?

Palestinian demand for an independent state of the entire West Bank and Gaza with East Jerusalem, since its capital is a non-starter for Israel. However, like the US, Palestinians do not prefer the status quo; they just prefer it over any Israeli annexation. Given this set of factors, it would be prudent for the Palestinians to take the negotiations on the Trump plan seriously, unless for any other reason than to prevent Israeli annexation.

Yet, the Palestinians are not inclined to engage.

When Trump announced the US decision to recognize Jerusalem as the capital of Israel, he made it clear that the move did not affect the final borders of Jerusalem or exclude a future Palestinian state. The Jerusalem decision was clearly a failure of the Palestinian hopes, but it was also a pivotal moment in which they had to make a choice. They made a bad choice.

In essence, they could take the position that "We strongly disagree with this American decision, but we are ready to take the President in his word and discuss with him and the Israelis the final borders of Jerusalem and the contours of a Palestinian state. "

Instead, the Palestinian Authority chose to cut off all communication with the Trump administration. Instead of stopping Trump's move, that choice encouraged additional decisions to end US aid to the Palestinians and to close the Palestinian office in Washington.

Palestinian leaders are about to face another milestone. If they applaud Trump's plan with the same contempt as they did in the Jerusalem decision, they could be in even worse shape. Trump officials have said their plan will include some things that all parties like and some that all dislike. If the Palestinians refuse to participate in a proposal that gives them some of what they want, they can simply get the annexation they fear.

After 52 years of waiting, in the absence of a partner who shows even the slightest effort to negotiate, many inside and outside the Trump administration will not blame the Israelis for moving forward.