The Phoenix officer fatally shot a man holding a baby 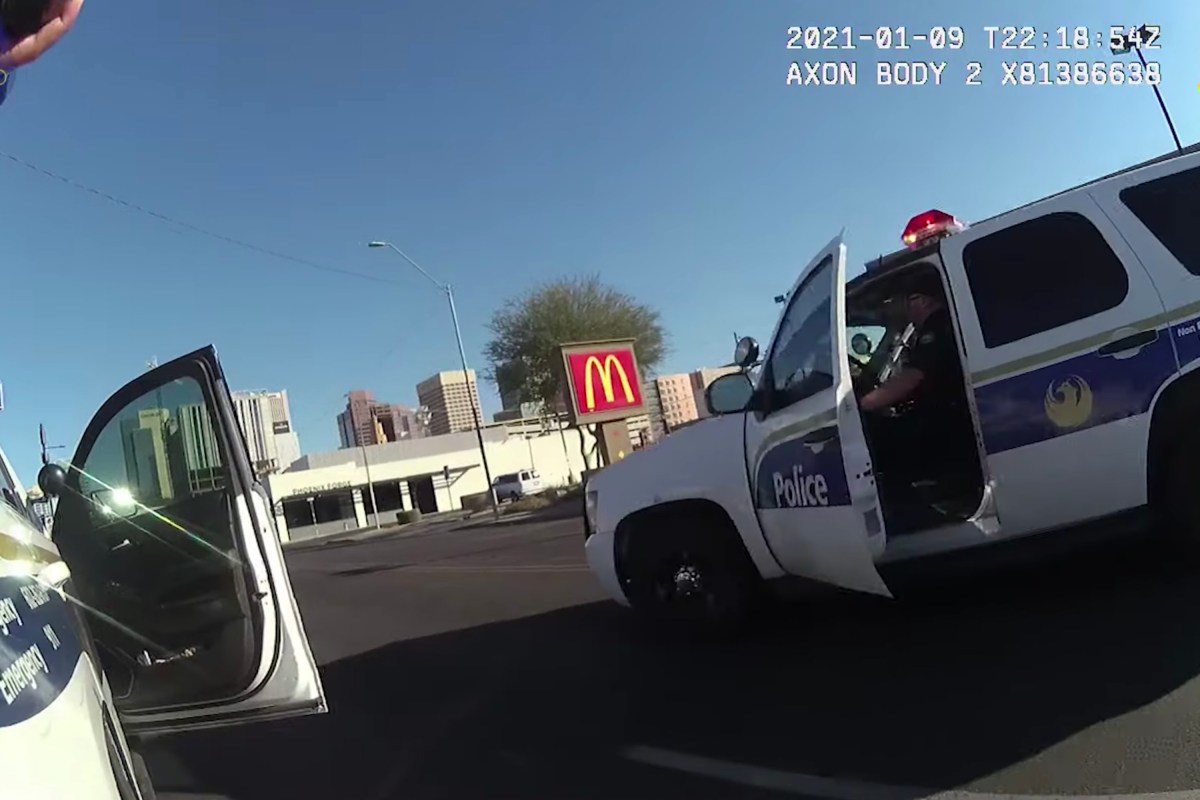 A Phoenix police officer fatally shot dead a father who was holding his child in a dramatic encounter captured on camera.

The officer can be heard begging 37-year-old Paul Bolden to leave the child before shooting him in front of a hotel on Jan. 9 in a video released Monday by the Phoenix Police Department.

Police responded to the scene after Bolden’s girlfriend called 911 and said she fired a gun while holding the child.

“[He] just took my baby, he has a gun, he’s loaded, he took the baby. He’s trying to kill him, shoot him, shoot him, “said the frantic mother of 911 dispatchers, according to audio from a call released Monday.

Prior to police arrival, Bolden was holding a driver with a weapon, according to another 911 callers.

When the cops arrived on the scene, Bolden refused their orders to drop the gun, police said.

“He currently has a child hostage,” a police officer said, according to the footage. “He has a gun, he has already fired a shot,” the officer continued.

Bolden then aimed the gun at his child and others, police said, leading the officer with a rifle to open fire.

The shot was fired behind the door of a police jeep, which interfered with the camera of the policeman’s body.

After the shooting, an officer decides to run away and catch the crying baby from the ground.

Bolden was taken to the hospital, where he was pronounced dead.