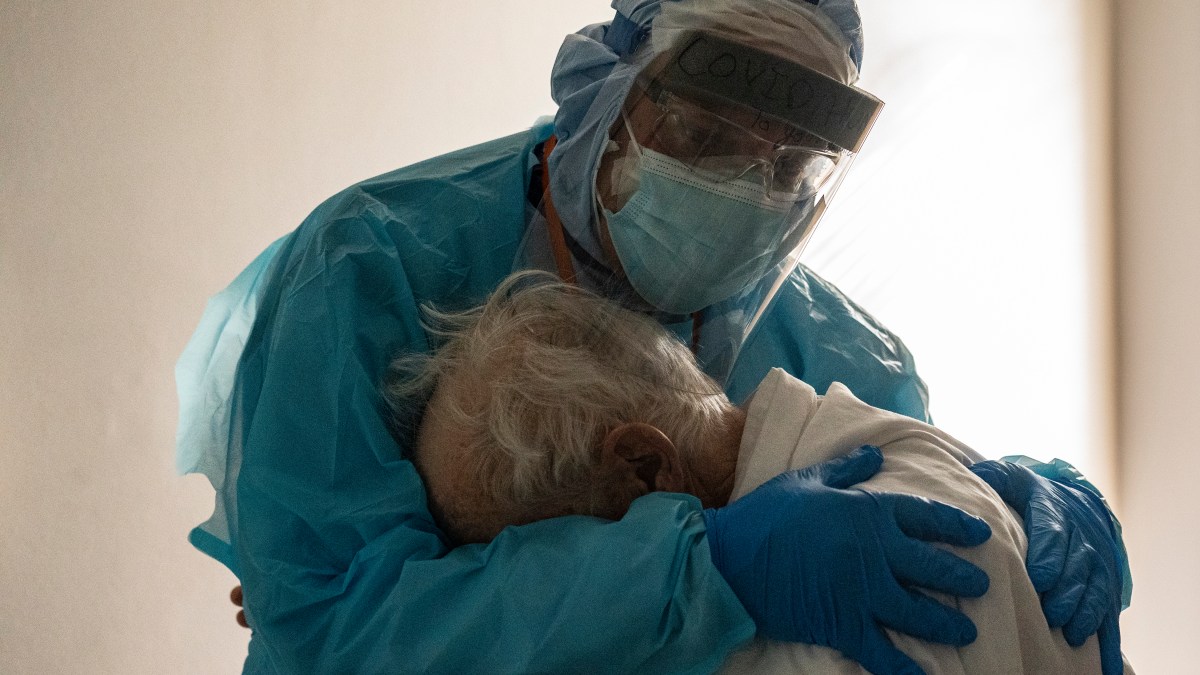 A heartbreaking photo showing the emotional moment when a doctor comforts a patient in the intensive care unit of Thanksgiving coronavirus becomes viral.

The man buried his face in Varon’s chest as they shared a moment that captured a range of emotions, from fear and fatigue from the virus to the compassion and tireless work of health heroes like Varon, who work constantly treating some of the virus’s worst cases.

The photo hit a string of people on Twitter.

“Thank God for these angels,”

One day before the viral photo was taken, Varon appeared on CNN to discuss the wave of cases at his hospital.

“Over the last few days, we have had a steady increase in the number of cases,” he said. “There’s no doubt that patients come in … sicker because they wait longer to go to the hospital.”

The doctor warned Americans to take the virus seriously and said the next few weeks would be critical.

“Unfortunately, my concern for the next six to twelve weeks is that if we don’t do things right, America will see the darkest days in modern American medical history,” he said. “My hospital is full. I just opened two new wings so I can settle in the next few days because I know a lot of people will get sick after Thanksgiving.”

Varon also talks about the emotional sacrifices the virus makes on him and his colleagues.

“My nurses in the middle of the day, they will start crying … When they finally finish bringing in a patient, they call from the emergency room that there is another patient who has been admitted,” he said. “How did I do it? I don’t know. I’m running out.”

This story first appeared on TODAY.com. More from TODAY:

Fauci: The spread of the COVID vaccine should give priority to people of color