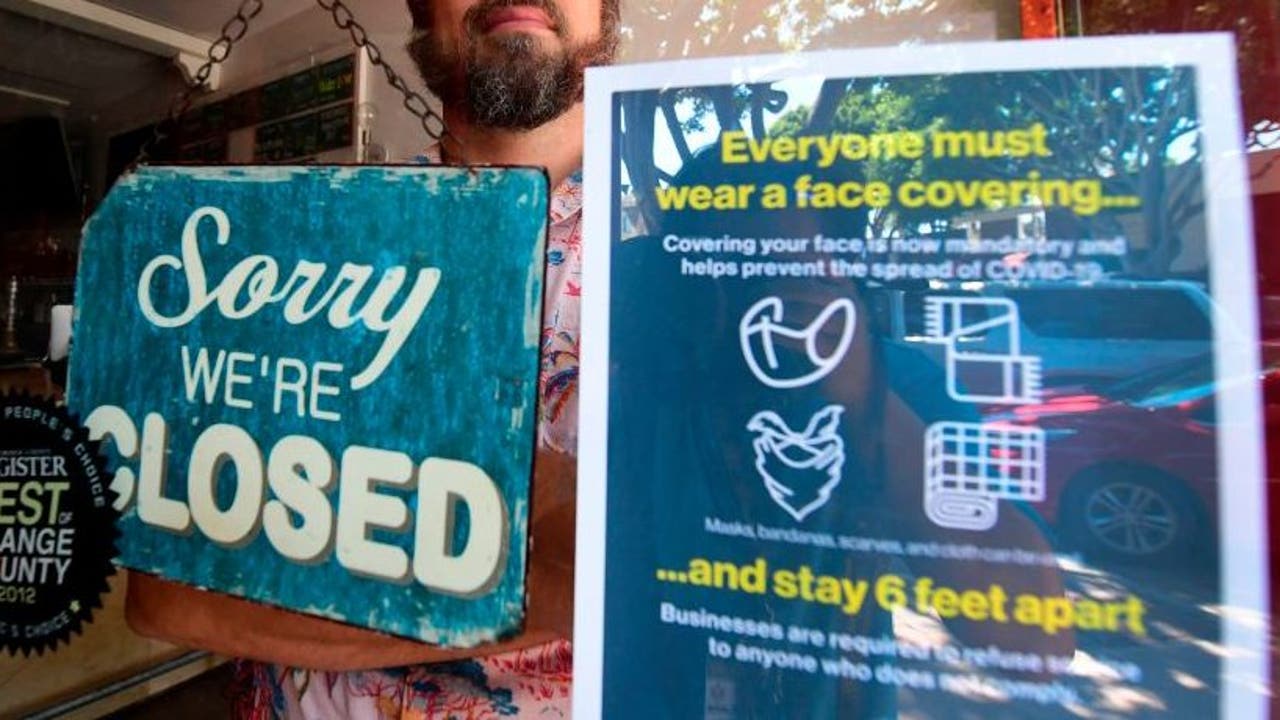 RIVERSIDE, California. – Riverside County Superintendent Jeff Hewitt will ask colleagues on Tuesday to support a proposed two-month plan to remove all public health regulations that have blocked large parts of the regional economy, leading to thousands of job losses and other impacts. which he thought would be felt “for years to come.”

“The lack of clear guidance from the state has left thousands uncertain about their ability to pay their bills and provide for their families,” Hewitt said in his COVID-19 Resumption Plan, published on the political agenda of the Board of Supervisors.

“The economic impact is clear ̵

1; thousands of businesses and hundreds of thousands of jobs have been lost due to the shutdown of our economy,” the supervisor said, referring to the region and the state. “We will feel the brunt of these economic impacts in the coming years. It’s time for Riverside County to take responsibility for our well-being.”

The main standard in the plan is a compromise rebate from the governor and the California Department of Public Health to determine the allowable pass rate of 14%, which the county currently easily implements.

According to the latest CDPH data, the number of screenings that reflect symptomatic or asymptomatic positive tests for coronavirus across the country is just under 7%. According to the color code for the governor’s deregulation presented last month, the county will have to stay at its current level to move from the most restrictive “purple layer” to the slightly less restrictive “red layer”, which still prevents many companies from their doors open.

The Hewitt opening proposal advocates a three-phase plan with a relatively expeditious timeline, starting with allowing all restaurants, prayer houses, indoor offices, personal care facilities and shopping malls to open before the end of this week.

However, the exemption will be structured in accordance with state guidelines, including requirements for social distancing, the use of face coatings in enclosed and crowded spaces, and strong sanitation practices by business operators.

The plan further calls on the county’s chief executive to be the lead body on how well the resumption works, moving staff at the University of Riverside’s health system, including Dr. Cameron Kaiser, to counsel. Kaiser has been the subject of lightning debate since the beginning of the closures in March over its health directives, several of which the board overturned by unanimous vote in May.

CONNECTED: Stay up to date with all information related to the coronavirus

“Riverside County will gradually open up … in a safe and measured way, constantly considering the ability of the local hospital system to cope with the growth of COVID-19-positive patients,” Hewitt wrote. “The proposed plan is based on risk and makes it possible to assess health outcomes before going through the phases. “

According to the plan, Phase II of the opening of the whole area will start on October 13 and will allow the resumption of wedding receptions and all group events, which are limited to 25% capacity or a limit of 100 people, whichever is less. .

Again, the county executive director, in consultation with RUHS staff, will monitor the phasing-in to determine if it is happening too quickly and if there are too many risks that require a step back.

Phase III will be set for November 3 and will allow the smooth operation of fitness centers, cinemas and bars – with remaining state standards for virus control.

Some gyms continue to operate in the county despite state mandates putting them at risk of fines and other penalties. Speakers at recent board meetings mentioned termination and waiver orders issued by the District Attorney’s Office, acting as state bailiff.

Opponents of the ongoing public health blockages have highlighted on board their personal and financial problems, as well as the effects on children’s education due to school closures. Hewitt’s plan does not meet state standards for rebuilding schools, which are limited to distance or distance learning, unless they are denied.

The hospitalization rate for patients in COVID-19 County has been steadily declining since it peaked in mid-July. Last week, County Emergency Management Director Bruce Barton said he saw no signs of a reversal, although he warned that a wave could build up if the flu season was bad.

Hewitt expressed hope that the changes he sought would “create a change towards a culture … that promotes voluntary compliance with safety measures,” as has happened elsewhere in the country and around the world.