The San Francisco Bay Area was shaken by 4.5 earthquakes 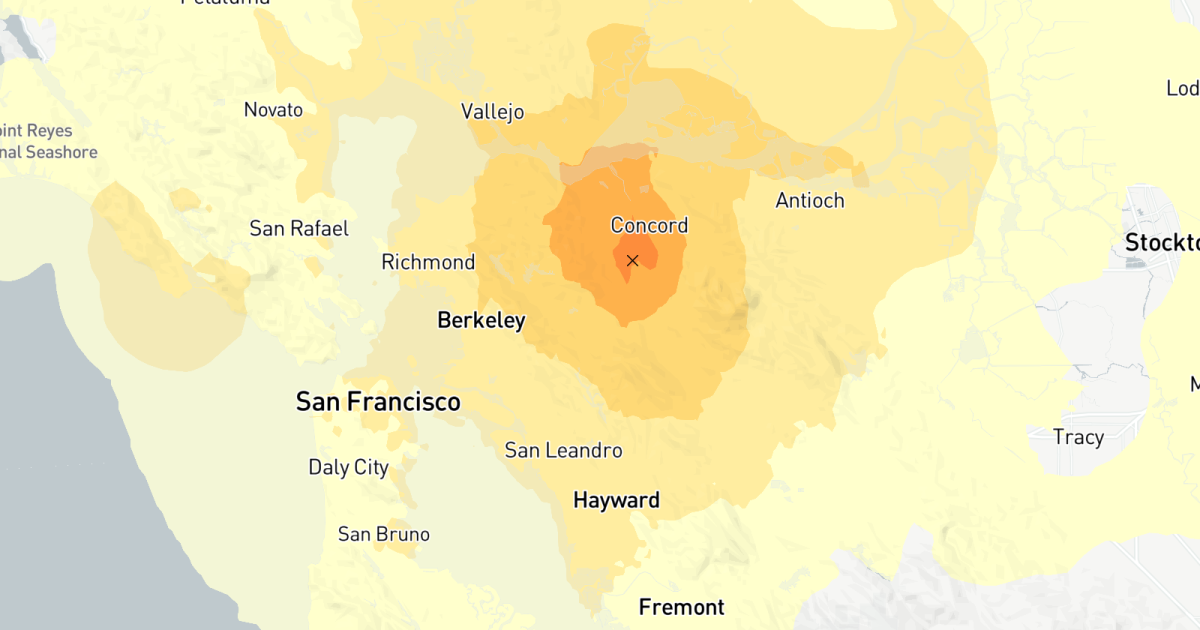 An earthquake of magnitude 4.5 was felt widely in the San Francisco Bay Area on Monday night at 10:33 a.m. With the epicenter in the Walnut River and Pleasant Hill areas.

Moderate shaking was felt in Pleasant Hill, Walnut Creek and Concord areas with an intensity that could overturn unsecured objects, such as books and picture frames, and was able to break plates or windows. The slight shaking was felt in San Francisco, Oakland and San Jose, according to the US Geological Survey. In Fremont, a woman felt a brief shake of just 2 seconds.

Near the epicenter at Walnut Creek, there was a strong side shake, strong enough to knock off a shelf of CDs.

"Since any earthquake can be an obstacle, there is a slight increase in the chance of a larger earthquake in the next few days," seismologist Lucy Jones said on Twitter. quite deep for this part of the world, Keith Knudsen, USGS geologist and deputy director, told the agency's director of the Earthquake Science Center, such a deep quake would reduce the intensity of shaking felt on the surface than if it were shallow.

The earthquake is not directly on any o The epicenter was located about three miles west of the Concorde Fault and farther from the northern end of the Calaveras North Fault, Knudsen said.

Assistant Chief Chris Bachman of the Costa Fire District Costa, which provides emergency services to communities near the epicenter of the earthquake, said no earthquake-related injuries or property damage were reported at 1

The earthquake occurred just three days before the 30th anniversary of the 6.9 magnitude earthquake in Loma Prieta, killing 63 people in northern California.

In the last 10 days, there have been two earthquakes of magnitude 3.0 or greater in the center nearby

An average of 25 earthquakes with magnitudes between 4.0 and 5.0 occur each year in California and Nevada, as recently as a three-year data sample.

The quake reached a depth of 9.1 miles. Did you feel this earthquake? Consider reporting what you feel about USGS.

Find out what to do before and during an earthquake by reading our five step earthquake preparedness guide.

Shep Smith breaks his silence about why he left Fox News