The sealed "ritual cave" of Maya, which has been untouched for 1,000 years, is "opening to the underworld" – and full of ghostly relics. 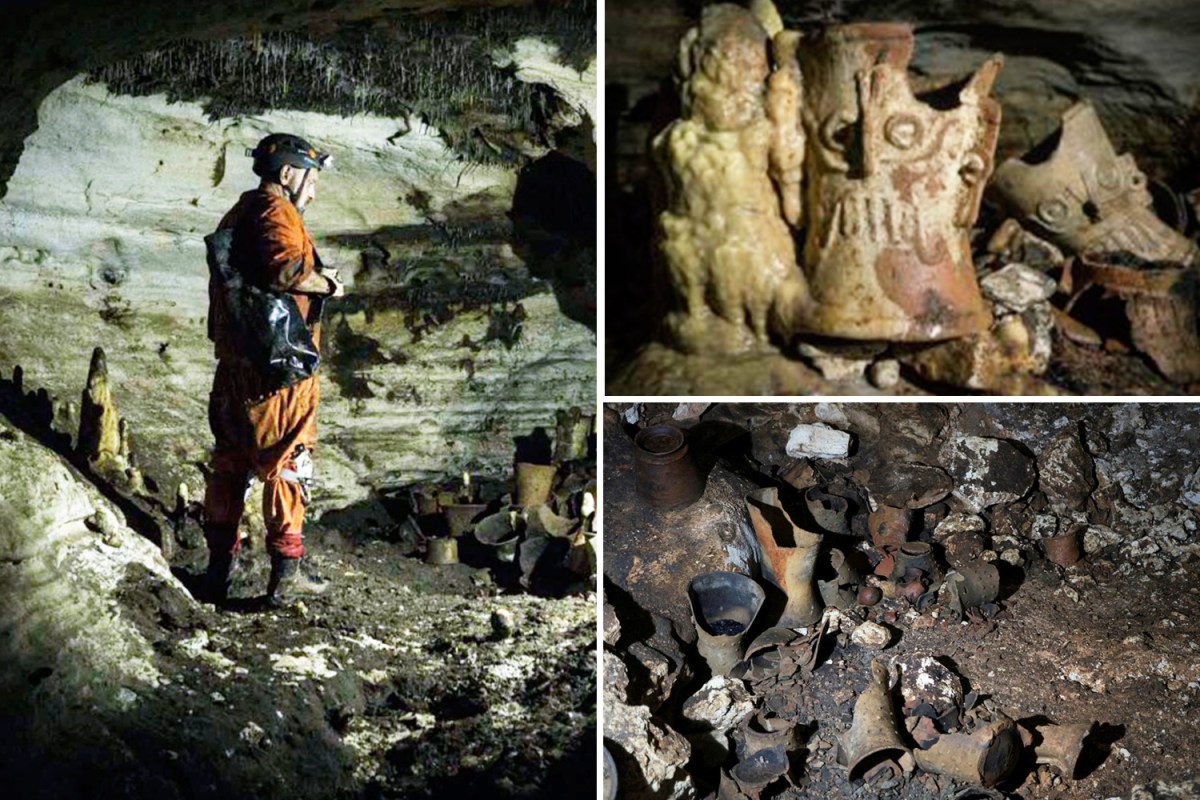 It is believed that the cave has been sealed for more than 1,000 years and contains more than 150 ritual objects.

The discovery of the cave system was announced by the National Institute of Mexico.

To visit the first of the seven ritual premises inside, archaeologists should crawl on their stomach through hundreds of feet of narrow passages.

Antique objects inside the cave include incense, vases and decorated tiles.

Poo may have helped solve a 1000-year-old mystery about the fall of a long- named Kahokia.

Emperor Nero's face was reconstructed in 3D for the first time – but does it seem stranger than Caesar?

The ancient rough graffiti, carved out of the Adrian wall, were dug 1800 years after they were drawn.

We pay for your stories! Do you have a story about The Sun Online news team? Send us an email to tips@the-sun.co.uk or call 0207 782 4368. We also pay for video . Click here to upload yours.