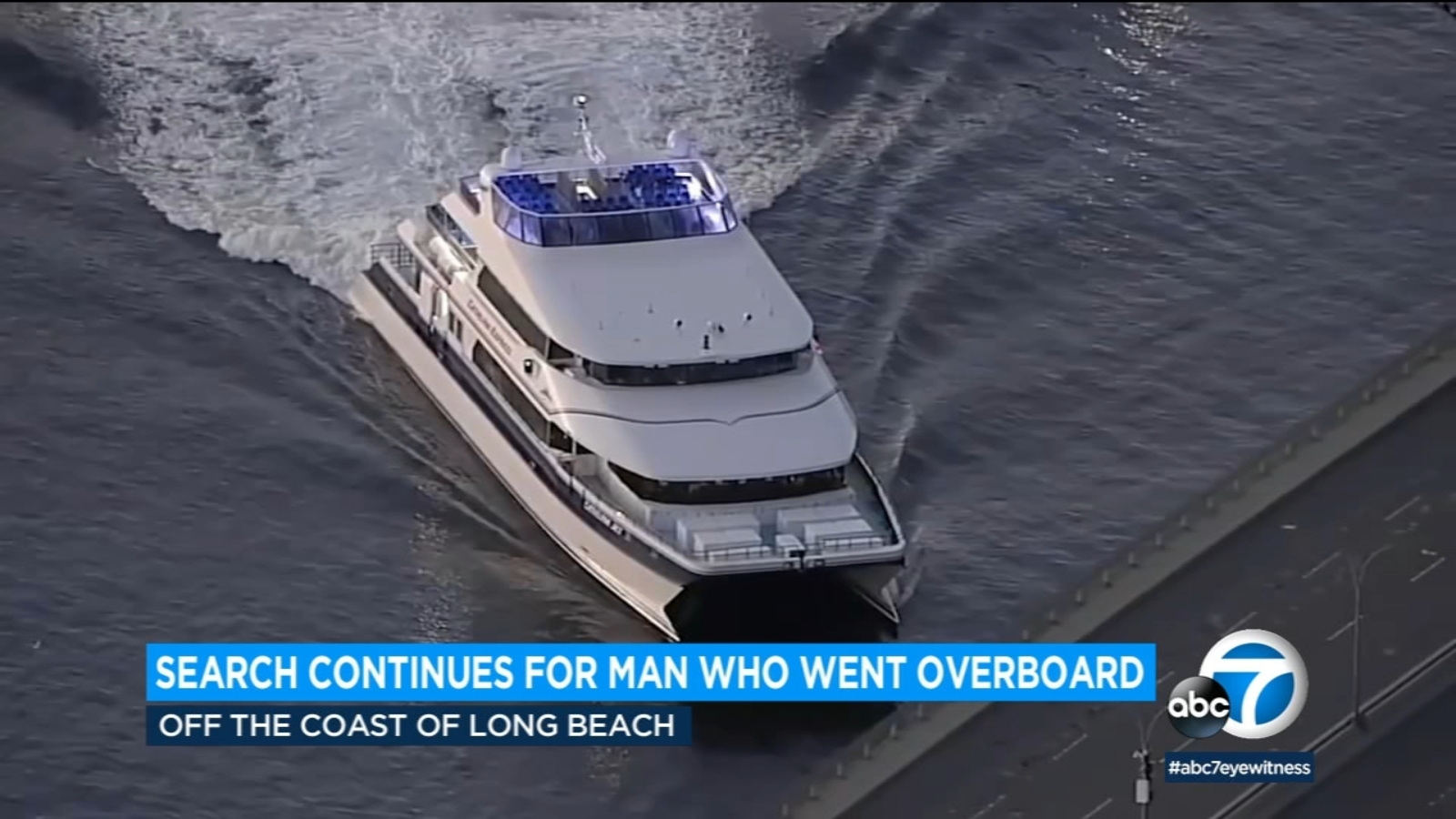 LONG BEACH, California (KABC) – Authorities searched Friday for a passenger who overdosed on a ferry off the coast of Long Beach

The man reportedly fell from the Jet Cat Express at about 6pm on Thursday about three miles from shore as the high-speed catamaran headed for Santa Catalina Island, authorities said.

The boat is operated by Catalina Express. Company president Greg Bombard told reporters that deckmen had seen the man overdoing the stern of the ship.

“When they saw him hit the water, they threw a lifebuoy,”

Bombard said he did not know if the man had jumped or fallen from the boat.

“People saw him pass by, so we’ll look at the footage we have and we’ll understand that,” Bombard said. “We’ve never had anyone jump over or fall like that.”

The ferry, carrying about 150 passengers, returned to Long Beach and the passengers were transferred to another boat to continue their journey to the island.

Passengers boarding the ferry on Friday told Eyewitness News they were shocked to learn of the incident.

“I know the rails are so high, higher than the waist, so I was trying to figure out how he fell? Or maybe he was sitting on the rail trying to take a picture and he fell,” said Wendy Griffin.