The Season Of The Walking Dead 9 Episode 16: The Storm 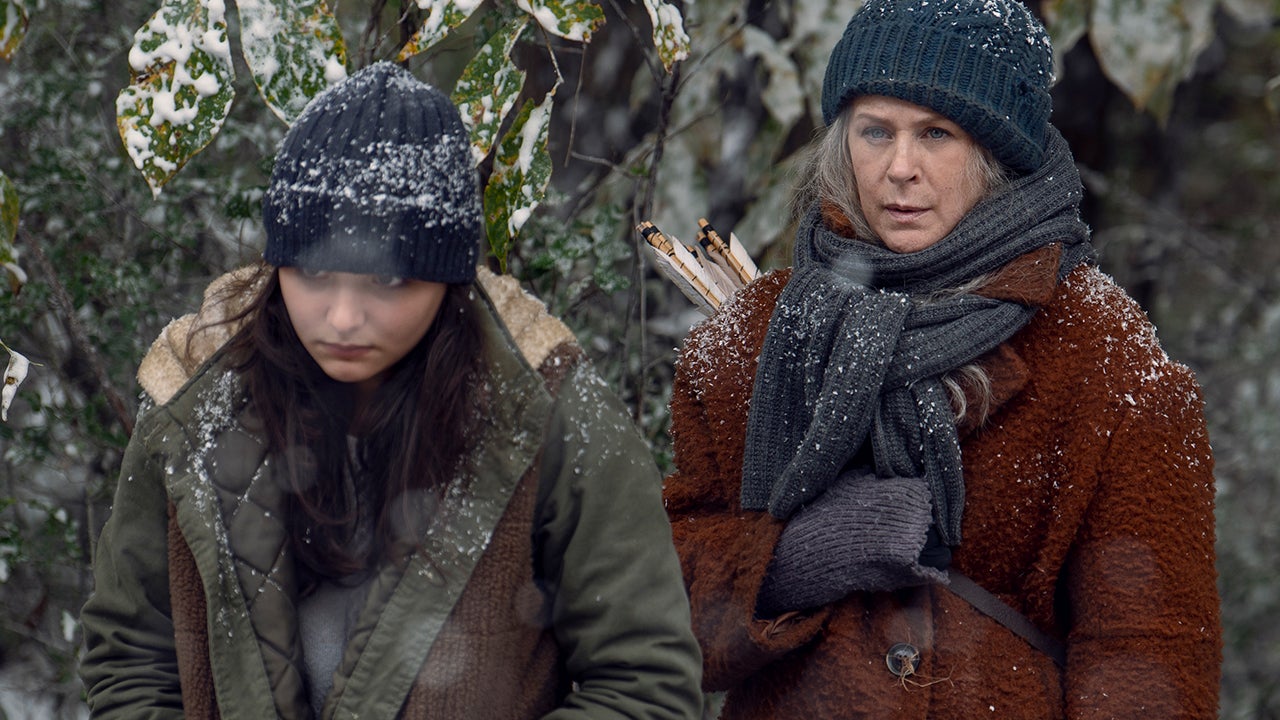 Warning: The Complete Spaces for The Walking Dead Season 9, "The Storm."

"The Storm" may not have given me exactly what I needed / wanted in my wish list for the final of Season 9, but it picked us up and pulled out of the weight last week's "Trouble before ". There are still technical consequences but we've missed a few months later.

Of course, the end of "The Calm Before" found that a few days had passed before the loans were traded, but getting a real mini jump this week helped history extremely. And I really liked the production of the last three chapters of Season 9: The flashback-heavy episode, followed by the shocking body count (which is usually the final), followed by a totally different adventure / crucible in general.

Actually, I think Season 9 has done so well for me, overall (of course, there were handles), because of the time of hops, big and small. They allowed history to leave things in dust when it was needed. We did not have to ride inside paps and soreness if the saga works better with some distance between events. And we're all pretty sure we're smart enough to see the symbolic ties linking the fall of the Kingdom to life lost last week. The kingdom is in the abyss of ruins, and it's not like killing someone who has caused pipes to scatter and scatter, but the overall cloud of defeat and low morality are enough to sink us into the last exhalation of the kingdom. The fair had to provoke not only trade but also hope.

Now that we are talking about time, we need to talk about the new "Storm" frontier, which has presented us, and why it is really new to us now, because ̵

1; yes! – past jumps. Thanks to the schedule of the show set and just the actual pain-in-attestation that they have to deal with production in snowy conditions, The Walking Dead always jumps over the winter months. A few months later, we would have picked up things, usually with the prime minister of the season, after Rick and the band survived the harsh winter. It was easier for the series to not show us snow. And perhaps thematic, it is more interesting not to show the months in which all were bundled together and caught up for food.

So now, after nine seasons, we get our first snowy adventure. The funniest thing, however, was that also felt like the first of the heroes in the fight against zombies in the snow. Although they have to walk away from ice fighters for the entire decade. This is a little hiccup, yes, but in general it really does not exhaust the story of something meaningful. We just had to watch Darryl, Carol, and the others surprise and feel surprised by things like frozen pedestrians, monsters that sneaked from the snowy banks below, and zombies caught in the middle of the ice lakes. Oh, and Darryl kills a walker with an ice pendant. What is a "snow fight" should and should have been used years ago if the show ever took us to a blizzard.

Another element I appreciate for the "Storm" in terms of time is that no one tried to avenge the whispers after the massacre. Even Darrell, who would be most likely to accept such a plan, after Rick (who would definitely want to do it). Everybody just took the shot. Alpha said there would be no more bloodshed and everyone would take her word for her. Maybe it helps that she and her band are pretty scary . Like monsters. Perhaps, you know, everyone has learned his lesson about the unfolding of the war. Anyway, the limit was remarkable

Tensions rose well this week, all the time, because the caravan of the kingdom could never understand if they were being watched or if the deluded walkers on the periphery were actually Whisperers. And then all this tension helped a lot at the end of the episode, when everyone chose to enter the Whisperer area so they would not be in the trap of Sanctuary and Donner Party. With such low visibility, it was almost impossible to tell if they were spying. Poor Ezekiel. His dream collapsed. And with him, his queen. The whole life Karol was about – the family, the community – collapsed, and she was unable to recover. Originally, Ezekiel seemed to come from a strange place of jealousy when he asked Daryl if he could leave (the show never should not be associated with Daryl / Carol, by the way), but by the end he felt less that Ezekiel was afraid that Darryl would steal romanticized, and rather that Darryl and Lydia simply stood as a sudden reminder of what had happened. Because, you know, most accuse them. Or she, especially.

Then, with Carol, they had to regress her – but not too much. The very fact that she told Darrell that she might feel that she was slipping again is enormous. She knows what she was and how she came, so only the idea that she actively struggles to slip is great. And Lydia is a big factor here. For some reason, I turned a large corner of Lidia a few weeks back. I think after she became sure she was not full of *** and she really wanted to be a member of Henry and Darrell, she won me. And yes, I can not blame her because she was raised in a mad cult of a zombie. So while she may be the teenager who does not infuriate us every five seconds, and it's also a focal point that allows Carol and Daryl to galvanize and heal, then I'm pro-Lydia. it helps that no one hates Lydia more than Lydia right now. Well, maybe Olden. He hates his great time. But if something is equal. The scene in which she knelt before the mouth of the pedestrian on the frozen lake, pressing her arm closer, was a really stunning vision. It was also a nice Easter egg (Lite) to let Carol stop her inadvertently. Not only because in the past Carol has executed children, but because in the comic book, Carroll has died long ago by committing suicide.

Closing things here with Negan. Alexandria to the end – but it was close. He left his cell and risked his life by saving Judith (and Dog!), Winning the thanks of Mishon, who even talked to him in the hospital bed as a semi-real man. I do not know where the Premiere of Season 10 will fall. Like in, will we miss several months ahead, and ninja – like? Is this the only bridge we get? If so, I will still take it. It works. I can not imagine what else he has to do to prove himself. Judith's salvation was the zenith.