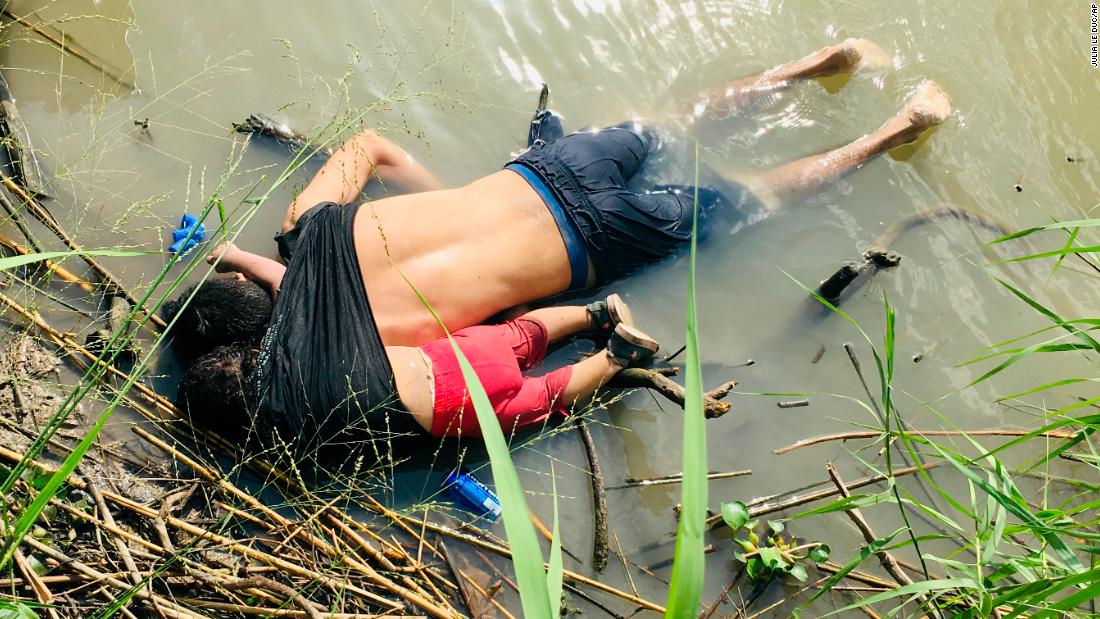 The image of Salvador's father and his daughter lying face down in the Rio Grande water part of the American border with Mexico is a heartbreaking testimony to the suffering behind the figures.

Oscar Alberto Martinez and his daughter, identified by officials from El Salvador as Angie Valeria M., drowned in Rio Grande on Sunday when they tried to sneak into the United States. Their bodies were found on Monday near Matamoros on the other side of the Brownsville River in Texas. The child is 2 years old, the Associated Press reported.

The photo was taken by journalist Julia Le Duque, who lives in Mexico.

In the picture, the young girl is trapped in her father's shirt and her right hand is moved around his neck while lying close to the shore. Their bodies have come to rest on the banks of the river, where in the tall reeds there are five discarded beer cans and an empty bottle of soda. Another beer can swim to the girl's body.

The photo provokes memories of 3-year-old Syrian boy Aylan Kurdi, whose body is thrown out on a beach in Turkey. The iconic image of the drowned little child lying in the sand continues to give rise to a discussion on policies towards migrants. Death of father and child made Salvadoran Foreign Minister Alexandra Hill to ask his compatriots to stay and work with the government as he tries to solve the economic issues that are causing many people [

"Our country is again in mourning, please do not risk any family, parents, life costs a lot more," she added. government works with Mexican authorities to repatriate remnants