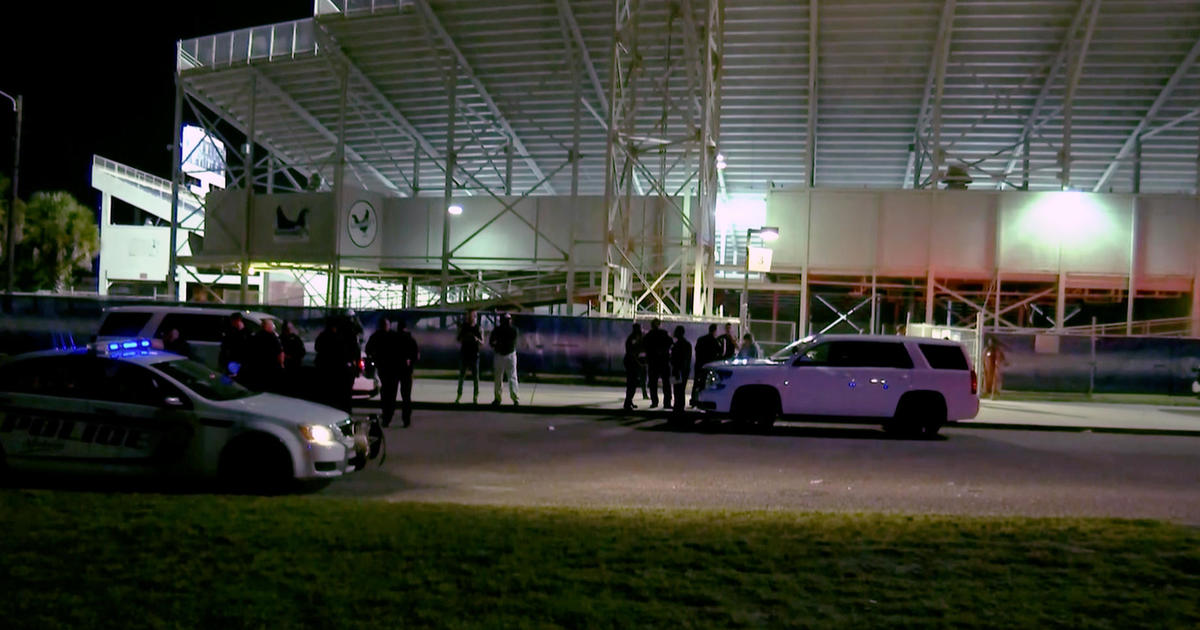 At least 10 teenagers were injured when a shooting broke out Friday night after a football game at a high school in Mobile, Alabama, authorities said. Nine of the victims suffered gunshot wounds.

Deangelo Parnell, 17, was arrested and charged with nine counts of attempted murder, a police spokesman told a CBS WKRG associate.

Gunfire exploded at Ladd-Peebles Stadium in the conclusion of the LeFlore football game against Williamson High School. The shooting was partially recorded by security cameras, WKRG reports.

The ages of the victims range from 1

5 to 18 years. Five were transported to local hospitals in critical condition.

"Why do young people subject this kind of violence to public events?" Mobile Police Chief Lawrence Batista asked at a news conference Friday. "They carry beef they have with each other in their neighborhoods and put others in harm's way."

Police are still questioning witnesses on Friday and say the investigation into the shooting is ongoing.