'The Squad' revives feud with Pelosi: Be aware when you 're singing out' that we 're' women of color ' 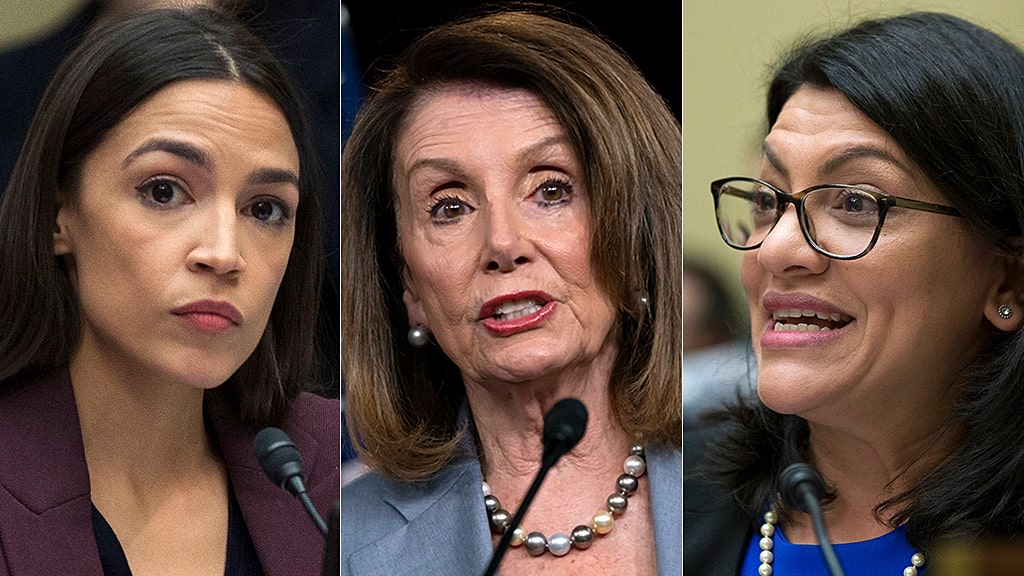 The four progressive congresswomen who are currently in a nasty feud with President Trump offered a not-so-subtle warning to House Speaker Nancy Pelosi, D-Calif, the next time she "singles them out."

King asked the congresswomen if they were in contact with Pelosi

"Our teams are in communication," Ocasio-Cortez responded.

"But should not you face-to-face?" King asked.

"She's the new member, not the speaker," Tlaib interjected. "

DEM She is a speaker of the House. 'SQUAD' BLAST TRUMP, CALL HIM THE 'BIGGEST BULLY' THEY'VE ENCOUNTERED

King followed up with Ocasio-Cortez, asking if she was "interested in having a conversation" with Pelosi, which Ocasio-Cortez responded, "Absolutely."

Last week, the four congresswomen had a public spat with Pelosi, which got very heated after Ocasio-Cortez suggested the speaker was "singling out" them because they were "women of color." Pelosi had previously dismissed their vocal opposition to the House's approval for border funding.

Their feud, however, seemed to have evaporated on Sunday after Trump targeted them on Twitter, suggesting they should "go back" to the countries they came from despite how three of the four congresswomen were born in the US and all four of them are US

Trump's tweets were formally condemned by the House, resulting in a 240-1