The structure of the black hole can be seen when the dust ring casts shadows and rays far into space. 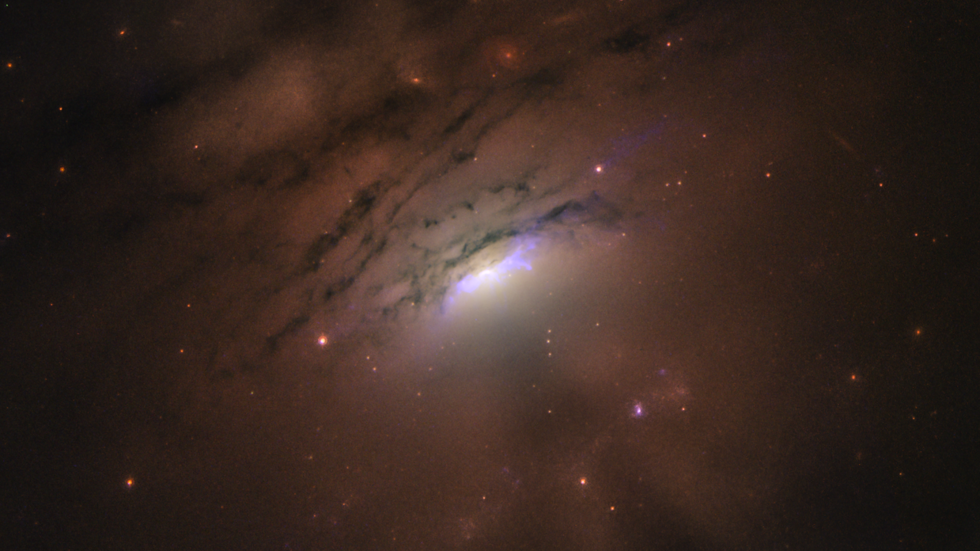 Astronomers believe they saw the structure of a black hole after the Hubble Space Telescope spotted a collection of rays and shadows radiating from the center of a galaxy millions of light-years away.

Black holes are the largest monsters in the universe, which quickly devour everything in their vicinity. Their gravity is so powerful that even light cannot escape them, an exceptional fact that also makes them invisible to us and thus incredibly difficult to study.

However, experts have noticed huge shadows and narrow, bright rays extending from the center of the galaxy IC 5063, as if something huge is standing in the way of intense light.

Experts believe that this may be a black hole in the heart of the galaxy, which casts its shadow into space, and the strange arrangement may allow them to see its structure.

Some light stems penetrate through the gaps in the dust ring, creating bright rays that resemble the rays of light that can be seen emitted by the sun at sunset.

7;ve found evidence that there’s probably dust scattering light from the growing black hole in the galaxy’s active core throughout the galaxy, and that light can illuminate almost the entire galaxy.” explained astronomer Peter Maxim of the Harvard Smithsonian Center for Astrophysics.

Since scientists have never witnessed this phenomenon before, it may take some time for them to prove conclusively that a black hole causes strange shadows and rays. However, the development represents an exciting scientific discovery and a rich opportunity for further research.