The summary of the vote: Marisa Corvo, Laria Jackson and the four-way knockout 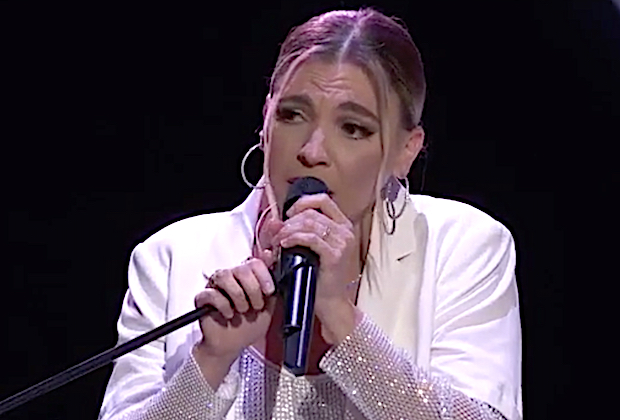 I had it, people. Seriously. After The voice Coach John Legend chose Bailey Ray over Sid Kingsley in Battles, I thought I had it, but I wasn’t. Now I have. In the last episode of the knockouts on TuesdayKelly Clarkson made the decision that was so insane and withdrawn, I … seriously can’t. I’m not just annoyed, I’m flirting marked. And if you read on to find out who she chose as the winner in her last person – and even more so if you’ve seen the performances – you’ll understand why. Facepalm. Extreme facial palm. Uh.

Kelly: Tanner Gomez, Real Good Man (Class: B), beats Marisa Corvo with “If I Could Turn Back Time” (Class: A) | “You’re my nice boy,” Marissa couldn’t help but look at her and the hotel’s Mega mentor, Usher. But she quickly returned killed Cher’s blow to Diane Warren’s girlfriend. All Kelly and Usher wanted was Marissa to fix the tune and make the song her own. When Tanner runs his hit on Tim McGraw, he intends to show his fun side. Uh. However, I’m not sure he did. “This song is about personality,” Kelly said. I wasn’t sure Tanner had enough of that to beat my new favorite (from the battles). On stage, man … Marisa freaked out, recreated this Cher song of the time and turned it into a number that could rip your heart out. She began softly and vulnerablely, without sacrificing any of her vocal power, and built up a crescendo that would force a live audience to stand on its feet. She is just amazing. And when she went for a run, it was a marathon every day. Bye, Tanner was all I could think of when it was over. In turn, in the spotlight, Tanner was vocally solid, but he was so surpassed by Marissa that it wasn’t even funny. She was a star, he was your father after a beer too much on the family barbecue. Fascinating, enjoyable, but not challenging for people like Team Alke’s Ben Allen or even Team Legend’s Bailey Rae. I almost fell off the couch when Kelly dumped the sublime Marissa for Tanner! I am literally terrible right now! He’s fine, but come on!! I don’t remember when I was more thoroughly upset about a coach’s decision. Wrong, wrong, wrong and also, BTW, wrong.

Team legend: John Holiday, performing “All by Myself” (class: A) defeated Cami Clune with the performance “I Put a Spell on You” (class: A) – Cami stolen from Kelly | As hard as it was to get through the last knockout, I succeeded – and I assumed it was John’s job to lose. As Kami said, her contestant could do anything a singer could do, only better. But she had cleverly chosen a number that would allow her to act as much as she sang. And the classic really came to life (afterlife?) After her coach and Usher advised her to modernize it in an insulting way to Billy Isle. Still, John, performing the powerful ballad of Eric Carmen / Celine Dion, seemed quite invincible. “How can he sing so loud?” Usher wondered. “What just happened?” His coach challenged John to do what Aretha would do with the song and bring more of himself and his passion into his performance. First on stage, Kami completely killed. Her styling, her drama, her vocals, even her scent and Halloween nails … it all works – robbers. I would play that [bleep] per cycle; In fact, I prefer it to Annie Lennox’s version. Keep going, attack at will. This. It was. Divine. Following her, John was, as expected, spectacular. But at first I thought he was getting too close to the original to stand out from what Kami had done. Secondly, I thought the same thing. It was perfect, but … Oh. There it was. When he struck his first arrogant note, I physically felt him steal the victory. And his last long note was straightforward Wicked (no?). In that case, I would have given Kami a victory, but they were both great. A knockout that actually knocked me out.

Tarin Papa (Blake team), “Cry” – class: A | So Tarin is a 100% professional. From the very beginning, she struck me as a native scene. The vocals of her vocals just never wavered – and this is a song that requires a lot of omps. There was a fantastic “tear” in her voice that gave the impression that she really felt it. Solid as a brick house.

Julia Cooper (Team Legend), “I wish you were gay” – class: B + | And now for something completely different … Julia’s jazz for the pop hit was a spot, but given that I suspect the audience The voice is more Billy Idol than Billy Ailish, I somehow thought it was toast. Attractively strange toast. 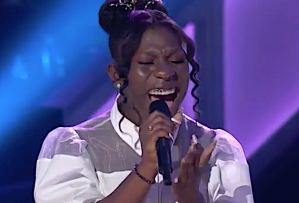 Laria Jackson (Team Gwen), “One and Only” – Class: A + | The second the teenager opened her mouth, I said, “It’s over.” Laria was sent from heaven, a child who is just. meant to be in the spotlight. It is powerful, precise and attractive as a box of kittens. That voice of hers just does it. No. Give up. Mini-Whitney. I’m telling you. If she doesn’t win the Four-Way Knockout, spoiler warning: My darkness will be epic.

Ryan Gallagher (Kelly team), “It’s time to say goodbye” – class: A | Well, well, it was hard no to faint when the opera singer left. He didn’t just rank the joint, he brought vocals that were as beautiful as anything nature could think of. But I suspected he hadn’t really grown big enough with that. He had the power to startle us and instead just numb us.

So who do you think stood out on the last night of the knockouts? And who got your vote in the four-way knockout? Make your own, hmm, voice heard before.