The Taylor oil spill is up to a thousand times worse than the company's estimate, study says 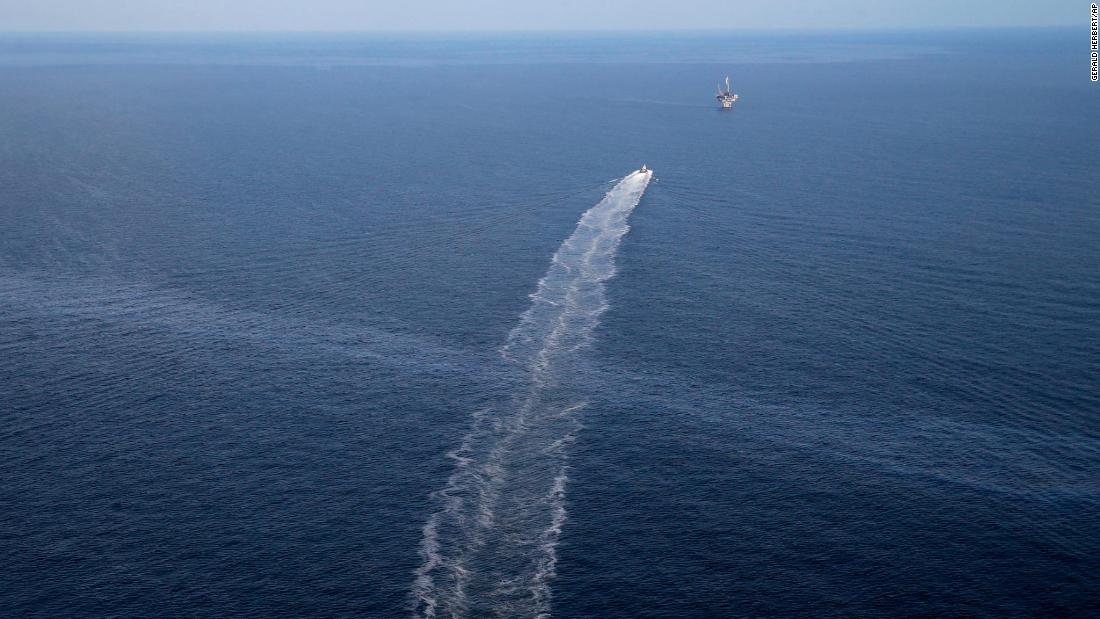 A new federal study estimates that every day, about 380 to 4,500 gallons of oil are flowing at the site where a company's oil platform was damaged after a hurricane. That's about a hundred to a thousand times worse than the company's initial estimate, which puts the amount of oil flowing into the ocean at less than three gallons a day

The report, released this past week and written by scientists at the National Oceanic and Atmospheric Administration, and one at Florida State University, also contradicted the assertions of Taylor Energy Company about where oil was coming from.

The leak started in 2004, when a oil platform belonging to the Taylor Energy Company was damaged by a mudslide after Hurricane Ivan hit the Gulf of Mexico. A bundle of pipes and wells sank to the ocean floor and became partially buried under the mud and sediment

To respond to the leak, Taylor Energy tried to cap nine of the wells and place containment domes over three of the plumes in 2008.

0, Taylor oil spill began to get national attention. And last May, US Coast Guard installed a containment system that has been collecting 30 barrels, or about 1,260 gallons, a day to help catch the oil that is continuing to surge in the ocean.

Taylor Energy has liquidated its oil and gas assets and stopped production and drilling in 2008, and says on its website that it only exists to respond to the spill. It maintains that any oil and gas now leaking at the site comes from oil-soaked sediment and bacterial breakdown of oil.

"This shows that it is actually coming from the reservoirs, from these oil pipes, and not from the remnant oil at the bottom of the ocean," Andrew Mason, one of the study's authors, told CNN.

To achieve that determination, scientists have collected samples from the ocean's surface using two methods.

The report notes that the ranges are estimates and do not necessarily represent a final definitive government estimate of the oil being released at the site.