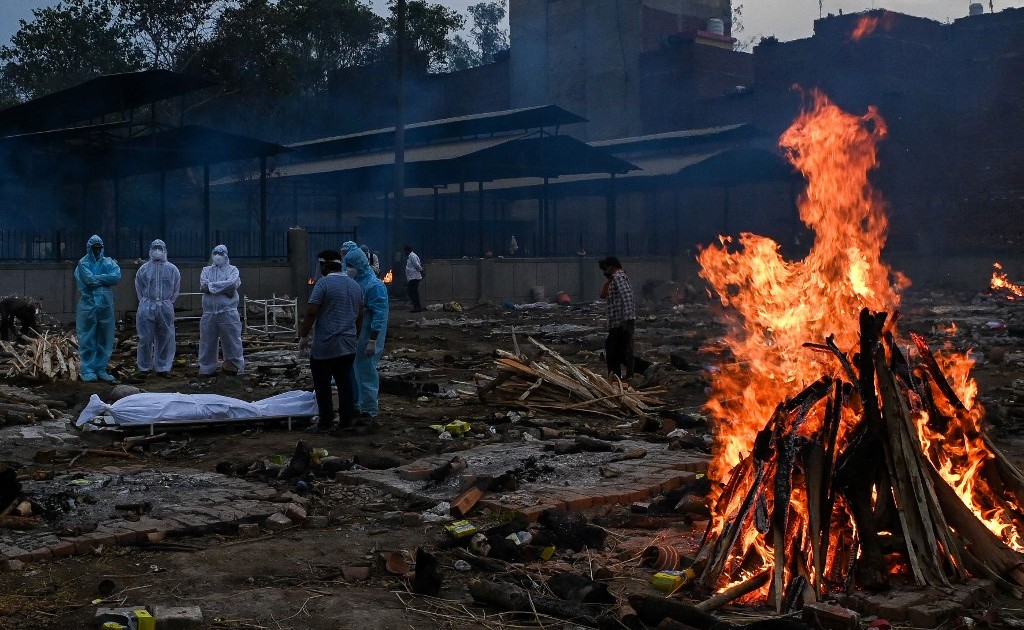 The Institute for Health Indicators and Estimates says the pandemic has caused nearly 6.9 million deaths, well above the estimated 3.25 million.

The COVID-19 pandemic has caused nearly 6.9 million deaths worldwide, more than twice as many as officially reported, according to a new analysis by the University of Washington, Institute of Health Metrics and Evaluation (IHME).

Deaths are not reported, as most countries only register those that occur in hospitals or in patients with a confirmed infection, a report released on Thursday revealed.

IHME is an independent health research organization that provides a comparative measurement of health problems in the world and has been cited in the past by the White House and its reports are closely monitored by public health officials.

The reported mortality from COVID-1

9 is strongly related to testing levels in a country, IHME said.

“If you don’t test a lot, you’ll probably miss COVID’s death,” said Christopher Murray, director of the Institute for Health Indicators and Evaluation, in a press briefing.

The IHME calculates the total deaths from COVID-19 by comparing the expected all-cause deaths based on pre-pandemic trends with the actual number of all deaths caused during the pandemic.

In the United States, the analysis estimates COVID-19-related deaths at more than 905,000. Official data from the U.S. Centers for Disease Control and Prevention on Wednesday estimated 575,491 deaths due to the new coronavirus.

The CDC did not immediately respond to a Reuters request for comment on the report.

The report only includes deaths caused directly by the virus, not deaths caused by disruption of the pandemic in health systems and communities.

“Many countries have made tremendous efforts to measure the victims of the pandemic, but our analysis shows how difficult it is to track exactly a new and rapidly spreading infectious disease,” Murray said.

India, meanwhile, reported more than 400,000 coronavirus infections in a 24-hour period on Thursday, while the death toll from the virus rose to a record 3,980.

The number of South Asian countries has grown in 21 million cases, exacerbated by a record 412,262 new infections. The number of people who died from COVID-19 now stands at 230,168, according to the Ministry of Health.

However, interviews with doctors and village leaders involved in counting pandemic deaths revealed that the actual death toll could be many times higher than the official number.

Pfizer’s COVID vaccine is even more amazing than you think