قالب وردپرس درنا توس
Breaking News
Home https://server7.kproxy.com/servlet/redirect.srv/sruj/smyrwpoii/p2/ World https://server7.kproxy.com/servlet/redirect.srv/sruj/smyrwpoii/p2/ The Trump administration orders changes to the Duke, the UN curriculum, because it is not positive enough about Judaism and Christianity.

The Trump administration orders changes to the Duke, the UN curriculum, because it is not positive enough about Judaism and Christianity. 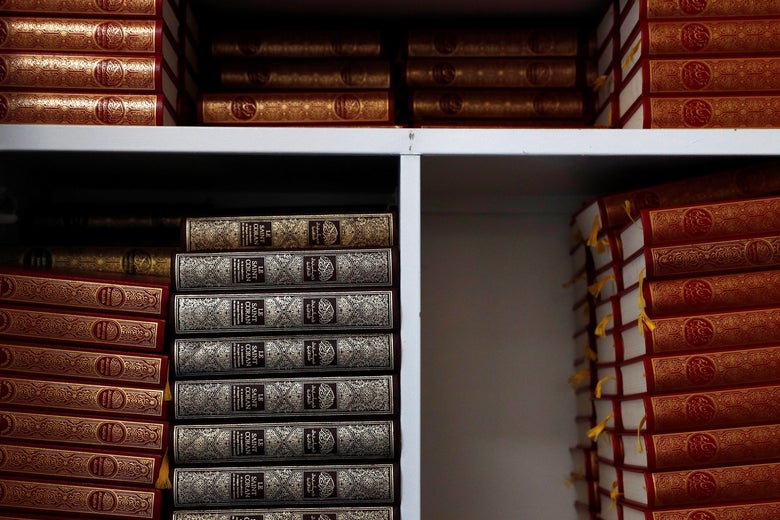 The Trump administration has threatened to withdraw federal funding for a Middle East study course co-taught by Duke University and the University of North Carolina, as it believes it is too positive in the portrayal of Islam compared to the portrayal of Judah and Christianity, the Ministry of Education said the consortium failed to come up with a "balance of perspectives" on religions and ordered universities to revise the course to provide a more "positive" image of Judaism or Christianity or lose their federal funding. The consortium received $ 235,000 in federal funding last year. "Much emphasis is placed on understanding the positives of Islam, while there is absolutely no similar focus on the positives of Christianity, Judaism or any other religious or religious system in the Middle East," the Department of Education said in a letter to schools.

"In the rare event of federal interference with the content of the college course, the department claims that the Middle East university program violates the standards of a federal program that grants funding for international studies and foreign language programs," the New York Times reported. "The investigation was part of a large-scale investigation into the program by the department, which, under the leadership of Betsy DeVos, secretary of education, is becoming increasingly aggressive as it perceives anti-Israel bias in higher education."

"More than a dozen universities receive grants from the National Resource Center for their programs in the Middle East, including Columbia, Georgetown, Yale and the University of Texas. The Duke-UNC Consortium was founded in 2005 and first received a grant nearly a decade ago, "the Associated Press reports. "In the case of UNC-Duke, the department's findings do not directly address bias against Israel, but instead evaluate whether the proposed activities of the consortium meet the objectives of the National Resource Center program established in 1965 to support linguistic and cultural initiatives. that prepare students for careers in diplomacy and national security. "