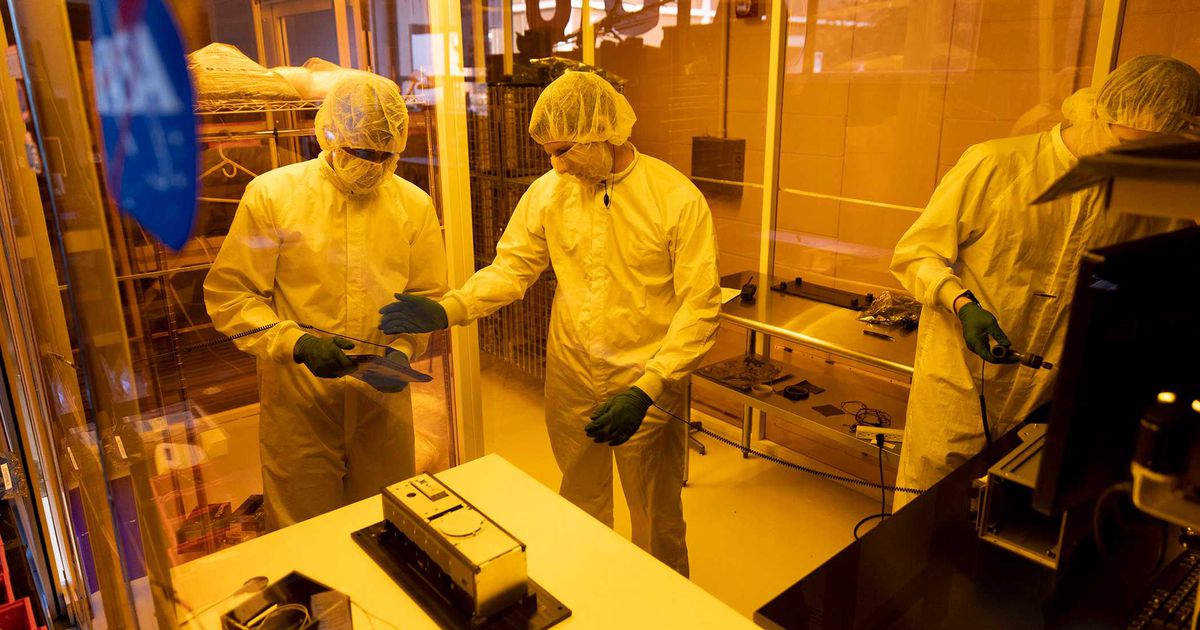 The rocket will land on the International Space Station after the planned launch on Thursday. In early November, Mishra said, space station astronauts will place the satellite in place below the space station’s orbit. “This will be the moment of truth for us,” Mishra said.

What will the satellite do?

He will write images of the Georgian coastline to see how wetlands are changing, how what is called ̵

6;disturbance’ is changing the coast, coastal water quality and algae dynamics. The images will be sent to UGA, where researchers will study what is being recorded. The UGA team hopes the satellite will work for about two years. Eventually, the satellite will disintegrate as the Earth’s gravitational pull brings it closer to the planet.

Students and professors at the University of Georgia have created this satellite, which will be sent into space. The satellite will take pictures of Georgia’s coast to see how wetlands, coastal water quality and algae dynamics are changing.

Credit: Courtesy of the University of Georgia

Credit: Courtesy of the University of Georgia

The satellite is made of aluminum and is about the size of three tissue boxes connected together. It weighs about 8 pounds. Mishra noted that more space satellites are smaller, and the UGA team wants to make a small one. The satellite has three solar panels. It also has a circular device called an S-band antenna that will be used to transmit data.

How did this project come together?

The idea started in 2016. Let’s send something into space, students said. University researchers received NASA grant to provide a rocket site. UGA has set up a satellite lab and about 100 students are working on the effort. The entire project costs about $ 450,000, UGA officials said.

How can you watch the start?

UGA has scheduled a virtual monitoring party “Dawgs in Space” on its alumni website (alumni.uga.edu/event), starting at 19:00, hosted by its alumni association, Franklin College of Arts and Sciences and Technical College . NASA’s live coverage (nasa.gov/nasalive) will begin at 9 p.m.