The USS Texas submarine arrives at the Portsmouth Naval Shipyard 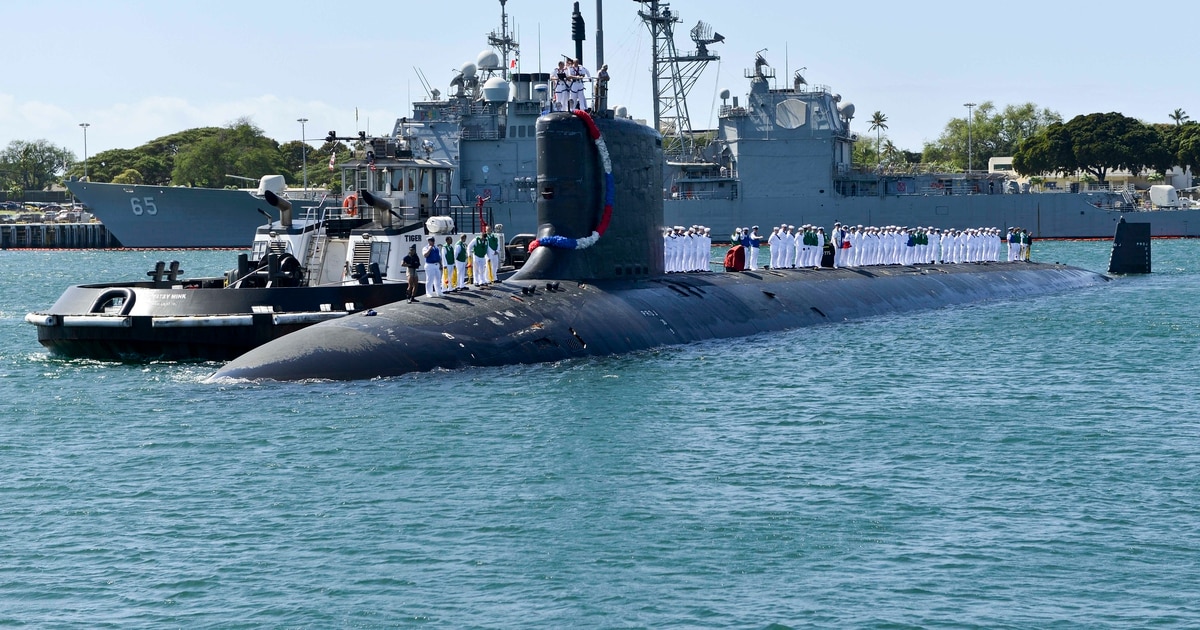 The Virginia-class attack submarine, which is returning to Pearl Harbor, Hawaii, has more than 130 crew members.

It completed its last deployment on 24 February.

This is the fourth Navy ship and the first submarine named after the Lone Star State. Previously, two warships and a cruiser were called the USS Texas.

Three active Los Angeles-class submarines have been named for cities in Texas: the USS Dallas, the USS City of Corpus Christi, and the USS Houston.