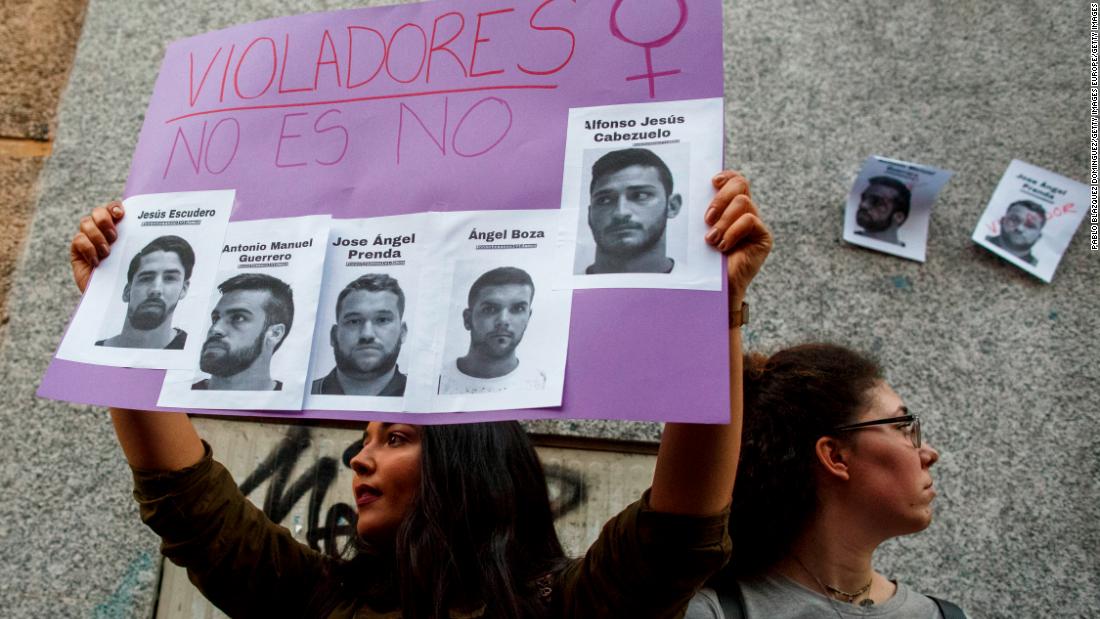 Men have been convicted of sexual abuse, the court said, but were cleared of charges of group rape in December 2018 for their assault on a teenage girl that happened in 2016 to the Pamplona bull

in the Supreme Court raise his conviction in a case that shocks the nation.

The men were initially cleared of rape on the grounds that Spanish law required evidence of physical violence or intimidation to prove the indictment, a condition that has since been called into question.

According to court documents, WhatsApp's messages circulated to the group by one of the defendants include "We Five In A Girl," "There's More Than I Tell You," "An Incredible Journey," and "There's a Video."