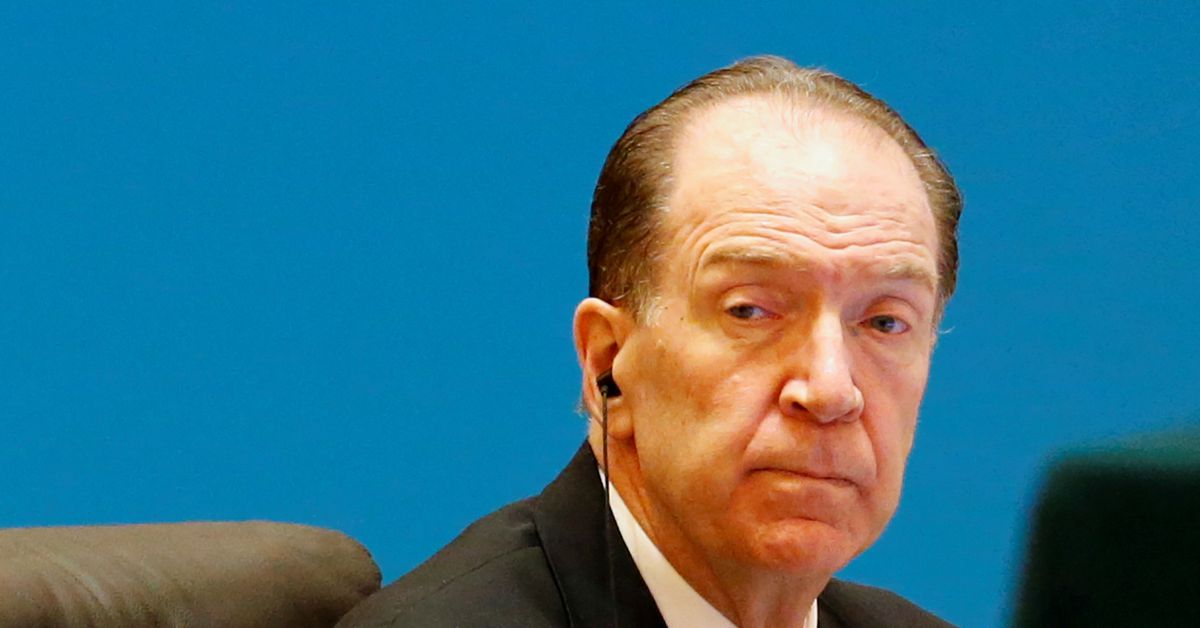 World Bank President David Malpas said on Tuesday that the bank did not support the waiver of intellectual property rights for the COVID-19 vaccines at the World Trade Organization for fears that it would hamper innovation in the pharmaceutical sector.

His comments on the subject, made during a conversation with reporters about the World Bank’s economic forecasts, came when WTO negotiations on the proposed release were resumed in Geneva.

Asked if he supports the abolition of IP from the WTO vaccine, which India, South Africa and other emerging market countries say is needed to expand access to vaccines, Malpas said: innovation and R&D in the sector. “

The comment puts Malpas, a candidate for the Trump administration, at odds with the Biden administration, which supports WTO text talks on intellectual property rights over vaccines led by US Trade Representative Catherine Ty.

Major vaccine manufacturers and the pharmaceutical industry opposed the withdrawal from the WTO Agreement on Trade-Related Aspects of Intellectual Property Rights (TRIPS), arguing that it would stifle innovation and not be effective in effectively increasing vaccine supply, constrained by trade barriers, shortages of components and lack of production capacity.

On Tuesday, Malpas reiterated his call for rich countries to donate their overdoses of vaccines to the developing world as soon as possible. Read more

The World Bank said global growth forecasts, raised to 5.6% in 2021 and 4.3% in 2022, could be higher if vaccinations could accelerate in developing countries. Read more

Negotiations on revised exemption proposals from India and South Africa took place in Geneva on Tuesday and Wednesday, which remained far broader than the narrow waiver of vaccines only preferred by USTR Tai.

“It seems that they are still far from each other. Their positions have not changed radically,” a Geneva sales representative told Reuters.