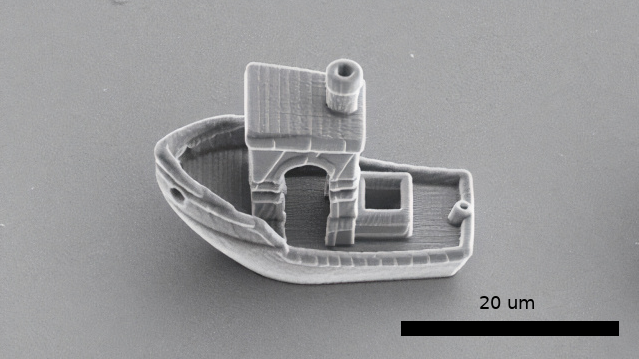 We have said it before, but we keep a watchful eye on any superb statements that come to mind. The “fastest” or “world’s first” claims always seem to be quickly debunked, but when the claim of “The world’s smallest bench” is backed by a tug that has two dozen E. coli it will be difficult to find a place, it is quite convenient for us.

Of course, the diminutive benchmark is not printed just because of it, but rather as part of a demonstration of what is possible with “microsliders”, synthetic particles that are designed to move freely in microscopic modes. As described in a report by [Rachel P. Doherty] and others from the Laboratory of Soft Matter Physics at the University of Leiden, microfloats with sizes in the range of 1

0 to 20 μm can be redesigned and may include a small area of ​​platinum catalyst. The catalyst is the engine of the microwimmer; hydrogen peroxide in the environment decomposes on the surface of the catalyst and provides driving force.

Artificial microfloats have been around for some time, but most are made by chemical or evaporating methods that lead to simple shapes such as sticks and spheres. The present work describes much more complex shapes – Benchy was a bit flexible, as the more useful micro-sliders were simple spirals that essentially screwed into the surrounding liquid. The printing method is based on two-photon polymerization (2PP), a non-linear optical process that polymerizes a resin when two photons are absorbed simultaneously.

The idea that such a small powered machine can be designed and manufactured is pretty cool. We would love to see how controls can be added to fingerprints – maybe microfluidics?