There is more water on the moon than we think 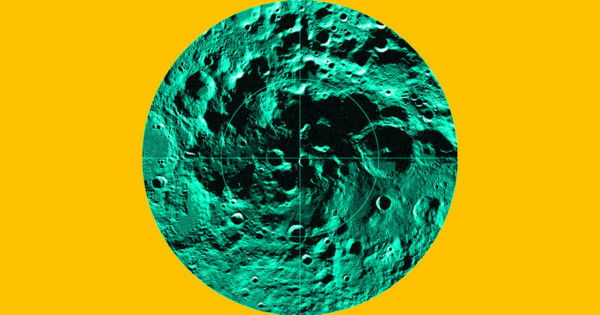 A team of researchers from the University of California says there may be more ice water on the surface of the Moon than previously thought – and this could be a huge deal for future moon missions.

Comparing shaded areas protected by the Sun on Mercury's surface with similar Moon craters, they came to the conclusion that ice depositions, sometimes thick several meters, could survive in shady craters near the south pole of the moon.

Since they are protected from the sun and withstand temperatures of -233 degrees Celsius at night, scientists say the interior of these craters may contain plenty of ice. Their studies are published in the journal Nature Nature Geoscience on Monday.

The team analyzed data from NASA's MESSENGER spacecraft, a robotic orbit that spent four years in Mercury's orbit, and found it could offer

1; but significantly less from what the team at the University of California offers.

A lack of atmosphere, crater content is exposed to incoming meteor shocks and ionized solar gases known as the solar wind. Erosion then ejects the water particles out of the cracker, where it can be spotted with instruments on board spacecraft such as NASA's "Lunar Investigating Orbiter".

"People think of some areas in these polar craters as water retention and that's all," said William M. Farrell, head of the study, said in a statement. "But there are particles of the solar wind and meteorites that hit the surface and can cause reactions that usually occur at warmer temperatures on the surface. This is something that has not been highlighted. "

It is unlikely that we will know exactly how much water is caught in these shady moon craters until we send the astronauts to see it alone. At best, however, about 12,000 darkened craters on the Moon could potentially contain millions of tons of ice – which could make plans to create a permanent base of our closest heaven neighbor much more feasible. Australia has a plan for mining lunar water

The police can force you to unlock your phone, NJ Court rules

NASA: The dwarf planet Ceres is an ocean world