Theresa May bucks: British PM to rule out no-deal Brexit – The Sun 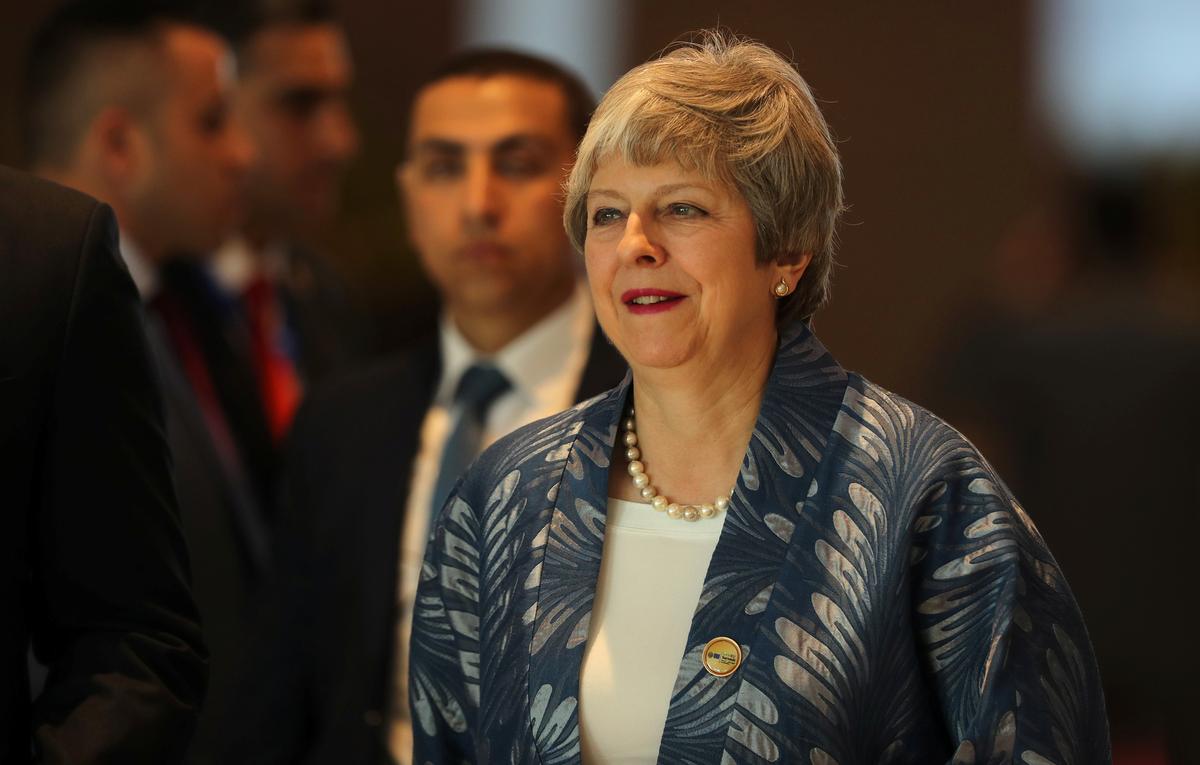 LONDON (Reuters) – British Prime Minister Theresa May will formally rule out a Brexit no-deal in a bid to avoid a rebellion by lawmakers who are threatening to grab control of the divorce process, The Sun and Daily Mail newspapers reported.

As the United Kingdom's labyrinthine Brexit crisis goes down the wire, May is making a last-ditch effort to get changes to the separative package, but lawmakers will try Wednesday to impose their authority in a series of parliamentary votes.

After the British Parliament voted 432-202 against her deal in January, the worst defeat for a government in modern British history, May has tried to use the threat of a potentially disorderly no-deal Brexit to get concessions out of the EU .

But many British lawmakers and some of its own ministers have warned they will try to take steps to avoid thrusting the world's fifth largest economy into a potentially tumultuous economic crisis.

May on Tuesday will propose to her cabinet of senior ministers that she formally rules out a no-deal Brexit, opening the door to a delay of weeks or months to the March 29 exit date, The Sun newspaper reported.

The Daily Mail newspaper said May was ready to rule out a no-deal Brexit after as many as 15 ministers said they were ready to resign.

A Downing Street spokesman declined to comment on the reports.

Reuters reported on Monday that May's government was looking at various options including a possible delay.

It was not immediately clear how May would rule out a no-deal. She is due to chair and cabinet meeting on Tuesday and then update the parliament at around 1230 GMT. Her de facto deputy, David Lidington, told BBC Radio that he would not disclose what cabinet would be discussing.

With just a month to go until Brexit, the ultimate outcome is still unclear with scenarios ranging from a last-minute deal to another referendum that May has warned would reopen the divisions of the 2016 referendum.

The opposition Labor Party said on Monday it would be calling for a second referendum on Brexit if parliament rejects its alternative plan for leaving the EU.

When asked if May was going to delay, Lidington did not address the question directly but said a delay did not resolve the issue but only deferred a decision.

"These negotiations are at an absolutely critical time," he told Sky News, adding that he hoped to vote on May's deal could happen as early as next week. "We need to hold our nerve as a government, get behind the prime minister."

After meeting EU leaders in the Red Sea resort of Sharm El-Sheikh on Monday, May said a timely exit was "within our grasp" insisted that delaying Brexit would be no way to solve the impasse in the parliament over the departure.