This 7-year-old child in St. Louis is the seventh child to die from gun violence in the city this year 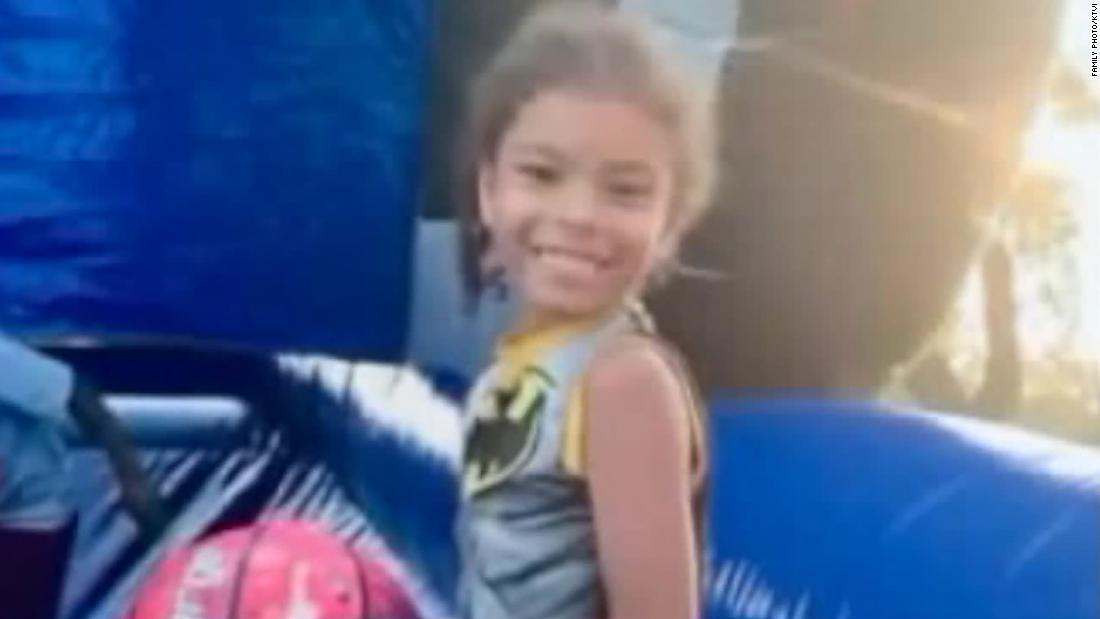 The most recent victim is Xavier Usanga, only 7-years-old, who was shot and killed on Monday while he and his sisters were playing in the backyard of their home in Hyde Park, police said.
Xavier, the youngest child of Dawn of Usang, had to start second grade in elemental glue the next day, his mother told CNN, which is affiliated with KTVI. The illuminating smile of her only son will be missed.

"It has affected many people in the community. He was a really great boy, "his mother said in tears.

Two men were shooting at each other on the street when her child became one of the innocent victims of violence in the city, she explained. "The bullet went through my son's throat and then grazed my daughter's elbow," Usanga told KTVI.

An 18-year-old was also critically injured during a bombardment on a summer night, according to Major Mary Warneke, deputy commander of the St. Louis Metro Police Department.

Warneke did not hide his anger when he delivered his message on the streets Tuesday, holding a press conference in Xavier's neighborhood. She said four children under the age of 10 were only killed in the area this year, and noted that the suspected deaths of other children were still being investigated, so that number could be even higher.

"You've been doing this for a long time and there's a line that used to be – you don't hurt a kid," she said. "And that line has been crossed too many times. And I know people have information and they don't come forward. It's shocking."

Children dying on the streets "are not the norm," Warneke said. "I don't want our region to be desensitized to that."

According to statistics, St. Louis is currently the "murder capital" of the United States. Located on the west coast of Missouri on the Mississippi River, the midwestern city led the nation from 2014 to 2017 with the highest homicide rates in major cities, according to statistics from the Federal Bureau of Investigation.

has recaptured the latest crime statistics released by the St. Louis Police Department. Homicides and assaults have increased in the first seven months of 2019 in the city, compared to the same period in 2018.

St. Louis homicides year after year number 114, compared to 105 at the same time last year – 8.6% correction. Over the same period, there was an increase of 6.4% in aggravated assaults: 2327 pistols, a knife and other assaults occurred annually to this day compared to 2188 last year. Rape, including attempted rape, decreased by 22.7% compared to last year in the first seven months of 2019.

However, overall, the St. Louis Police Department reports that overall human crime has increased by 3.6% so far this year.

The numbers are meaningless to the mother of a child who is killed. Dawn Usanga wants the person responsible for Xavier's death to be brought to justice, she told KTVI.

"A crisis team is sent to school when a tragedy occurs. The team provides services to students, staff and family. The team is comprised of counselors, social workers and nurses," Pierce said. "Unfortunately, we had a rough summer."

St. Louis Council of Elders President Lewis Reed said the day after Xavier's death that he would draft a "local ordinance on arms purchases" in the city.

"Today, another family in the city of St. Louis woke up, having to face the reality that they would have to plan a funeral for their child … I am indignant that we still hold on to the same old ways that we no longer working to tackle crime, " tweeted Reed .

Warneke also blames gun violence for the recent killings of children, but so far her focus is on Xavier's death.

" It's small neighborhood. People know each other. They know who comes and goes, more than we do. I know people know who shot and killed these kids. I know, in fact, people know who is responsible, and we are

asked if the children should have been outside after the city's curfew, Warneke reacted angrily: "None of these children are guilty. We can impose a curfew and one is in place, but the kids are not to blame. "Instead, the community needs to be reinvigorated," she said. "I'm sorry we didn't have the necessary collaboration and information."

Correction: An earlier version of this article indicates that there has been a St. Louis in June seven deaths with children This number is for the whole of 2019. This story has been updated to clarify that the seven deaths occurred in the city of St. Louis.