This 9-year-old was denied a school lunch on his birthday. Now the area is making changes 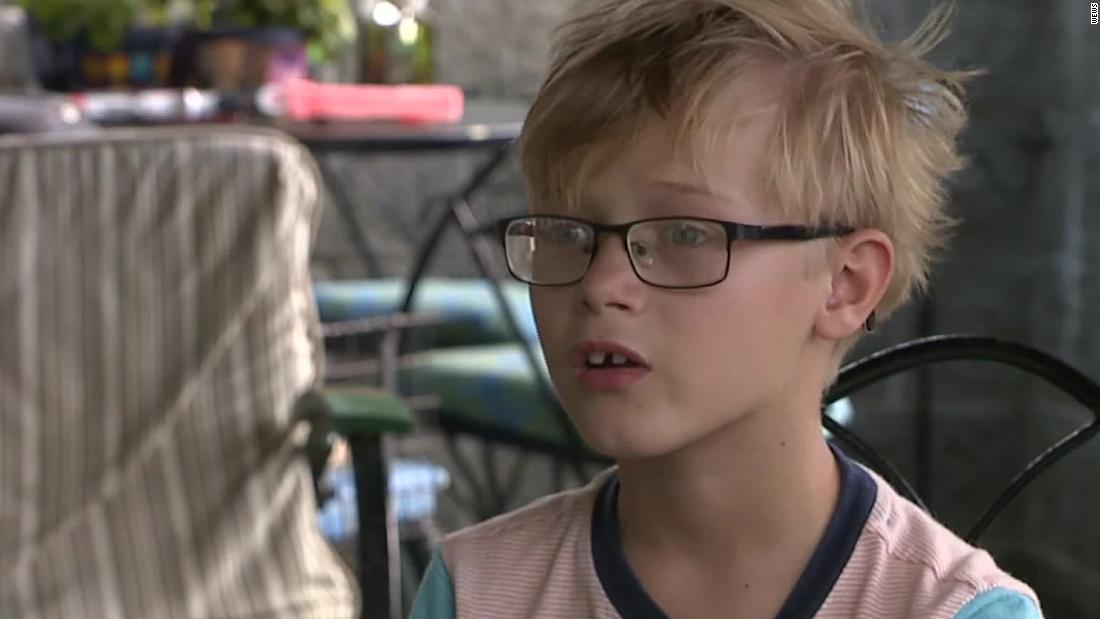 Jefferson Sharpnack told his grandmother, Diane Bailey, that he had been denied the lunch trough when he went to check. Instead of getting the cheese he had chosen, he was given a slice of cheese and bread by lunch staff at Green Elementary School in Uniontown, Ohio.

It all happened on his ninth birthday, to other students in the lunch line, for $ 9 a debt, according to Bailey.

Green Local Schools confirmed to CNN that the incident had occurred and that Jefferson had received an alternative lunch that was given to students with deficit accounts. Lunch consisted of a cheese sandwich, a side item and milk.

Bailey told a CNN affiliate of WEWS that Jefferson and his siblings had recently moved in with her and that she was waiting to process the documents so they could be enrolled in the free and reduced lunch program. She said she was notified of the outstanding balance, called the school and said Jefferson was in good health.

"In my opinion, he owes nothing," Bailey said. "We owe money, parents, the school district."

Jefferson's story is shared on social media and through local news, prompting school officials to re-evaluate their policies. On Monday, the head of Green Local Schools notified parents that all students would already receive a standard lunch, regardless of their account balance.

"We are sensitive to the financial hardship of families and the challenges presented by the cost of school breakfasts and lunches," Jeff Miller said in the letter.

"Our staff, in coordination with family support professionals, will continue to work with families to ensure that they have access to all available resources to support the purchase of school meals."

Bailey told CNN affiliate WJW that it was a "perfect solution" and she thanked the school district for responding so quickly.
Three-quarters of school districts report having unpaid student meals at the end of the 2016-17 school year, according to the School Nutrition Association. In 2017, the USDA commissioned schools to develop plans for students who have deficit accounts.

The USDA strongly discourages "lunch suppression" as a refusal to feed children when eating fees are not paid.

CNN's Patrick Cornell and Michelle Lou contributed to this report.