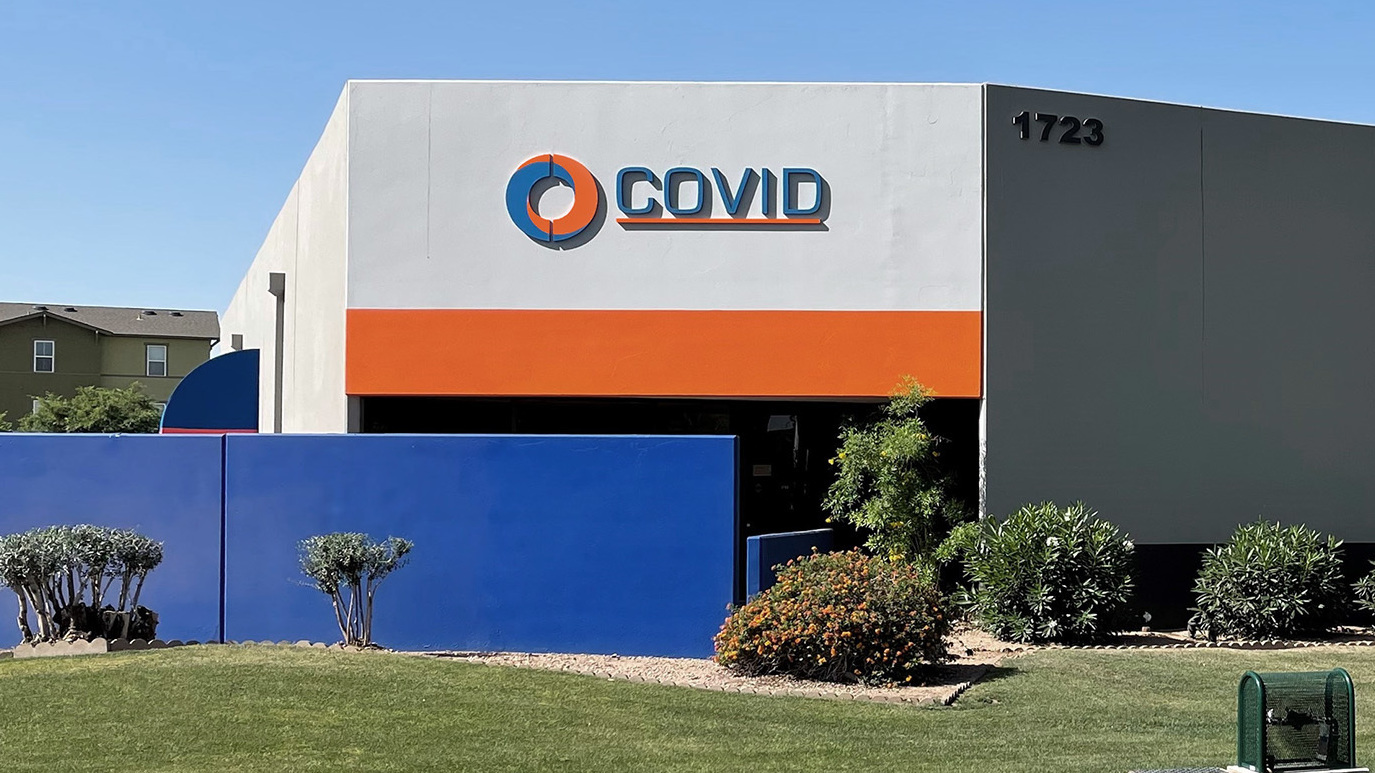 In February 2020, Norm Carson attended a trade show in Amsterdam when news of the coronavirus appeared.

“We came in that day thinking we would see some customers, do some training and it would be a normal day. And then, before you knew it, they announced the name,” he said.

That name was COVID-19, and Carson is the CEO of Covid Inc. The company, based in Tempe, Arizona, has been around for decades, and its cables and other audiovisual equipment are sold worldwide.

Carson remembers posing for countless photos in front of his company logo at a trade show that day. “And then it started hitting me that it could be a deal,” he says.

Since Covid Inc. sells its products through dealers and distributors, the unfortunate turnaround has not led to much publicity for the company, Carson said.

“For the most part, it hasn’t affected us much in that way. I think it’s made for more good stories,” he says.

Like the people who see the sign in the company’s building and go in search of a COVID-19 test. “So we always have to explain to everyone that, you know, we’re not doing that. We’re not involved in the pandemic at all,” Carson said.

Initially, the company’s employees wanted to call it the Video Company, or Vidco for short, but there were now a number of other Vidcos, Carson said.

“So they decided to run a race, and at that time the UPS driver came up with the name Covid instead of Vidco.”

“You know, it’s something serious,” he says. “Obviously a lot of people are affected by this [pandemic]. People died because of it. So we take it seriously. But the coincidence of a pandemic that is named after your company, I mean, what are you going to do other than laugh a little?

“You know, we have a lot of customers who always want to come up with our new slogans …” Kovid, we had it first. ” Or “The only thing that is contagious is our quality.” We get all kinds of jokes from people. And a lot of people call and talk to us and can they just believe it? And you just smile a little bit and say, yes, and you just tell some of the stories that happened because of him. But, yes, everything is fine. “

Carson says he has no plans to change the company’s name. “You know, we’ve been working for 40 years. I guess that’s part of the story now,” he says.

Matthew C. Schwartz and Ed McNulty created and edited the audio version of this story. Avie Schneider produces for the network.