This football coach disarms a student with a gun. Then he hugged him 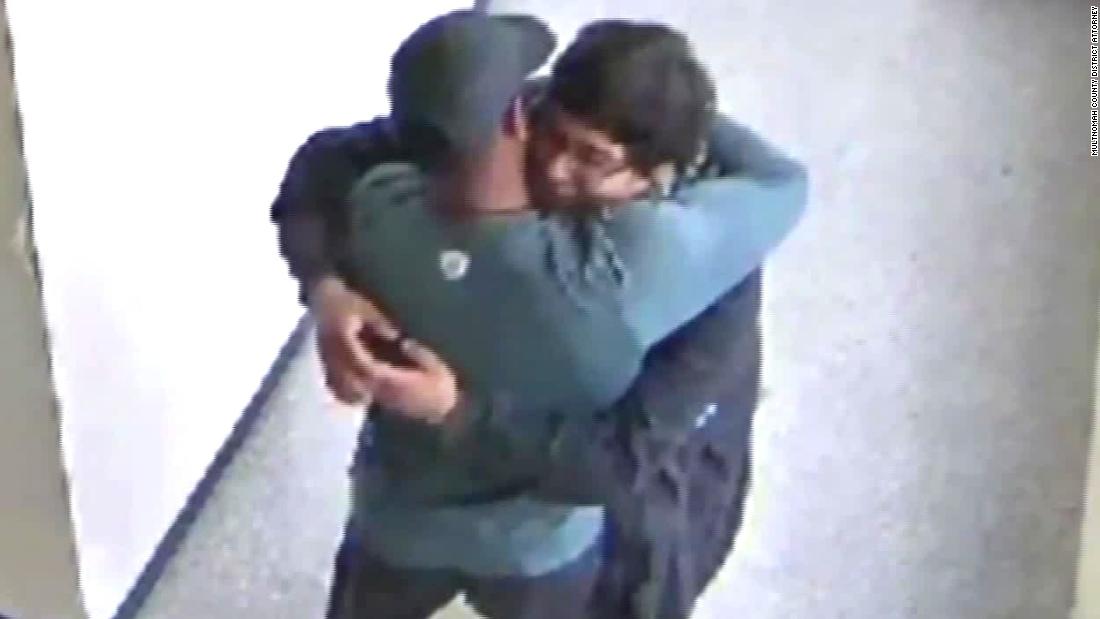 The student entered the classroom at Parkrose High School in May, intending to use a firearm to take his own life, according to a statement from Multnomah County Prosecutor's Office last week.

Reports say at the time that Coach Keanon Law had handled the student. According to emotional surveillance footage released by the District Attorney's Office on Friday, Lowe did nothing of the sort.

Instead, he hugged the student.

Footage shows that the student, identified as Angel Granados-Diaz, is walking down the hallway where he is filming the camera. He shifts when he enters the classroom, just behind Lowe's. Seconds later, people start running through the hallways.

Low was spotted leaving the classroom with a shotgun in his right hand. With the other hand, the coach holds the student one arm away. Another staff member enters the hall and retrieves the gun from Lowe's.

Low, who was an excellent receiver for the University of Oregon between 2010 and 2014, told reporters at the time that they had an "emotional" moment, according to CNN affiliate KATU.

"During this time, I felt compassion for him," Low said. "Many times, especially when you're young, you don't realize what you're doing until it's over."

The District Attorney's Office stated that Granados-Diaz made suicidal statements to another student. He never aimed the shotgun at anyone but himself and never fired a gun at the campus, the district attorney's office said. He tried to pull the trigger, but the rifle, which had only one round, did not fire. Just then Lowe took the firearm from him.

"During the investigation, it became clear to law enforcement and our service that Mr. Granados-Diaz did not intend to harm anyone but himself while in Parkrose High School," said the Deputy District Attorney Paracram Singh.

Under the Granados-Diaz agreement, he will receive mental health treatment and drug abuse, the district prosecutor's office reported.

Amir Vera contributed to this report.