“This little bug is still a killer” 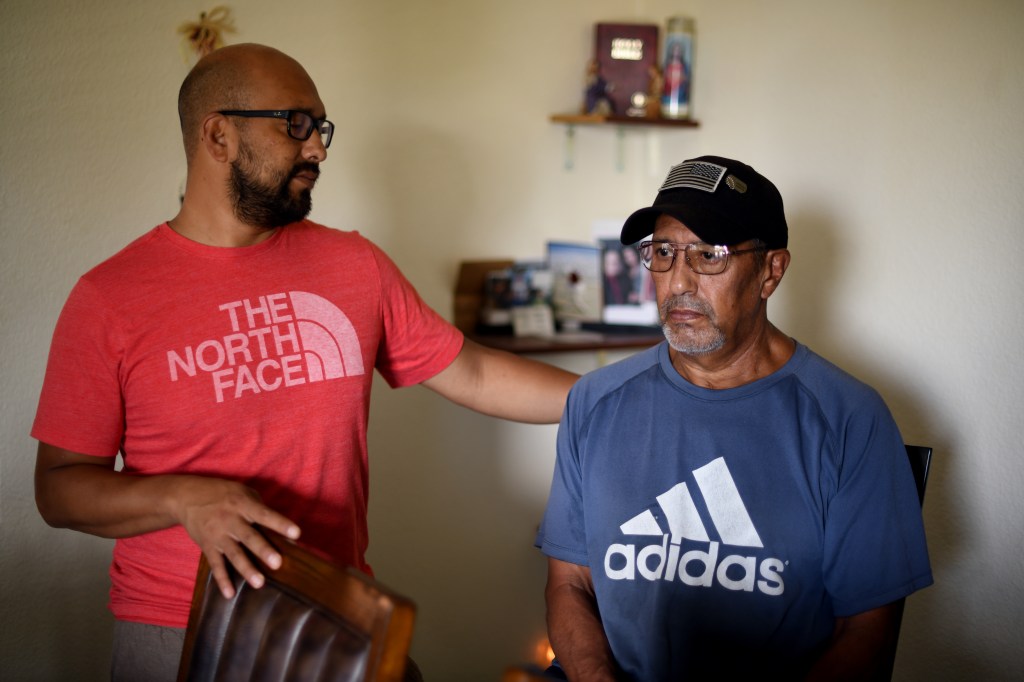 It looked like a bright spot, a rare piece of good news after the spring of the loss, when family, colleagues and reporters lined up to send Bob Lemon after nearly two months in intensive care at Aurora Hospital for COVID-19.

A year later, however, long after the cameras were turned off and the salute disappeared, full recovery is still a long way off. And the 62-year-old Lemon says he’s worried that other people will go through the same battle he did as life returns to normal, while about half of Colorado residents have not yet been vaccinated.

“You still have to realize that the little mistake is still a killer,”

Lemon, who worked at the Aurora Rocky Regional Veterans Regional Administration Medical Center, believes he was exposed while helping in the emergency department in April 2020, testing patients for COVID-19 with less-than-perfect protective equipment.

At the time, no one knew that the virus was already firmly established in the United States and that asymptomatic people could spread it, so hospitals kept the gold standard N95 masks for staff caring for patients considered high-risk.

Eight days after Lemon began to feel that he might have a cold, he was admitted to the intensive care unit of the VA Medical Center and fitted with a ventilator.

His younger son, Bobby, took him to the hospital and tested positive shortly thereafter. Jamie, Limon’s eldest son, said he and his brother had a heated conversation about who would risk being exposed, but they both got the virus anyway. So did 10 other relatives, most of whom worked at front positions. Lemon’s father died of COVID-19 in December.

“We all understood that,” Jamie said.

Over the next month, Lemon looks set to improve for a few days, after which he will be hit with a new complication: falling oxygen levels, secondary infections by opportunistic bacteria and temporary kidney damage that requires dialysis. At one point, doctors had to place tubes to inflate his collapsing lungs again.

Lemon doesn’t remember any of this, but that doesn’t mean spring has become a gracious empty space. The things he remembers — the hallucinations caused by the sedatives that keep him from taking out the vent that allows him to breathe — are worse.

At one point, the suppliers tied his hands to the side of the bed, and he thought he was crucified with Jesus. Sometimes he believed that he was lost in space, could not breathe and was struggling to return to Earth. On other days, he thought he was being rushed to hospitals in more and more remote parts of the country to thwart Iraqi troops for revenge for his service in the Gulf War.

“Something horrible kept jumping,” he said.

On May 12, 2020, doctors told Bobby and Jamie that their father might not survive. His sons were adamant that Limon would like the hospital to do everything possible to save him, and he gradually began to improve, turning off the fan until early June.

By the time the most dangerous part of his illness was over, it would have taken longer to process what had happened. As he was awake, he had to feel helpless to watch the nurses suck on his tracheostomy tube to keep from drowning in the accumulated fluid. Sometimes he lay in bed looking for someone to blame: the VA for not providing N95 masks, or doctors and nurses who were less compassionate.

He still had a feeding tube and a tracheostomy when he left NeuroRestorative Hospital, a rehabilitation facility in Littleton. The June 5 discharge from VA Medical Center was confusing and more than a little embarrassing, Limon said. When a nurse said, “You got it,” to encourage him, he thought she meant she still had the virus, an impression that intensifies when she needs to be quarantined before starting physical therapy.

The initial stage of recovery was quick, mostly because he wanted to get out and pressed as hard as he could. He walked short distances and ate regular meals for three weeks, and his tracheostomy tube was removed in late June, according to a blog created by Bobby to update the rest of the family. He was discharged only on July 21 and went to live with Bobby for a few more months while he continued to try to regain his strength.

Lemon could not return to his own home until October. He is still struggling with circulatory problems and chronic pain and is having difficulty regaining strength after losing about a quarter of his body weight. Even cooking alone can be exhausting, and talking is still an effort, more than a year after you get sick.

“The moment he takes the weight, the pain just pours out everywhere,” he said.

Limon said he hopes people who are hesitant to get the vaccine will reconsider after hearing about his struggles. Experts recommend that people who have had COVID-19 continue to receive the vaccine to provide full protection, and Limon said he received it as soon as the VA offered it to him.

He felt like he had the flu after receiving his first dose of the vaccine, but that didn’t compare to the prolonged pain the virus left behind.

The NIH study suggests that the coronavirus may have been in the United States as early as December 2019.