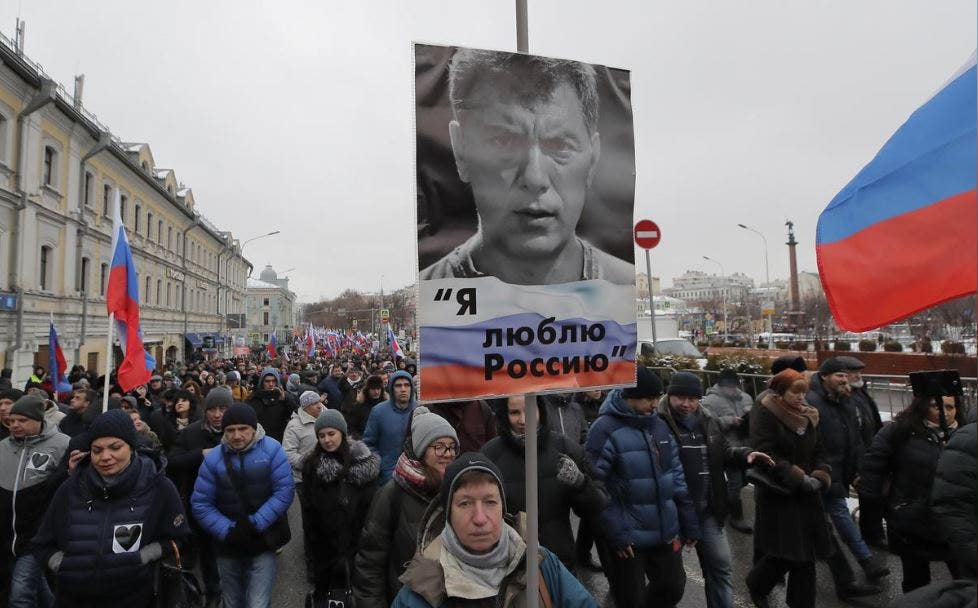 People attend a rally in memory of Russian opposition politician Boris Nemtsov, who was killed in 2015 in Moscow, Russia 24 February 2019. The poster says "I love Russia".
Thousands of Russians gathered in the center of Moscow on Sunday in memory of the murdered Russian opposition leader Boris Nemtsov, an open critic of President Vladimir Putin, killed in 2015 on a bridge near the Kremlin.

About 10,000 people gathered for the rally north of the Kremlin, according to Reuters

During his death, Nemtsov worked on a report addressing Russia's role in the conflict in Ukraine, which was condemned by NATO and the United Nations

His murder at the age of 55 sent a cool Pos

A security officer on Kremlin-backed Chechen leader Ramzan Kadyrov was convicted of a shot that killed Nemtsov and received 20 years of imprisonment, and four other men convicted of involvement in Nemtsov's murder had received 11 to 19.

accused the authorities of disguising and said the people who ordered his murder were left at large.

An Associated Press contributed to this report.