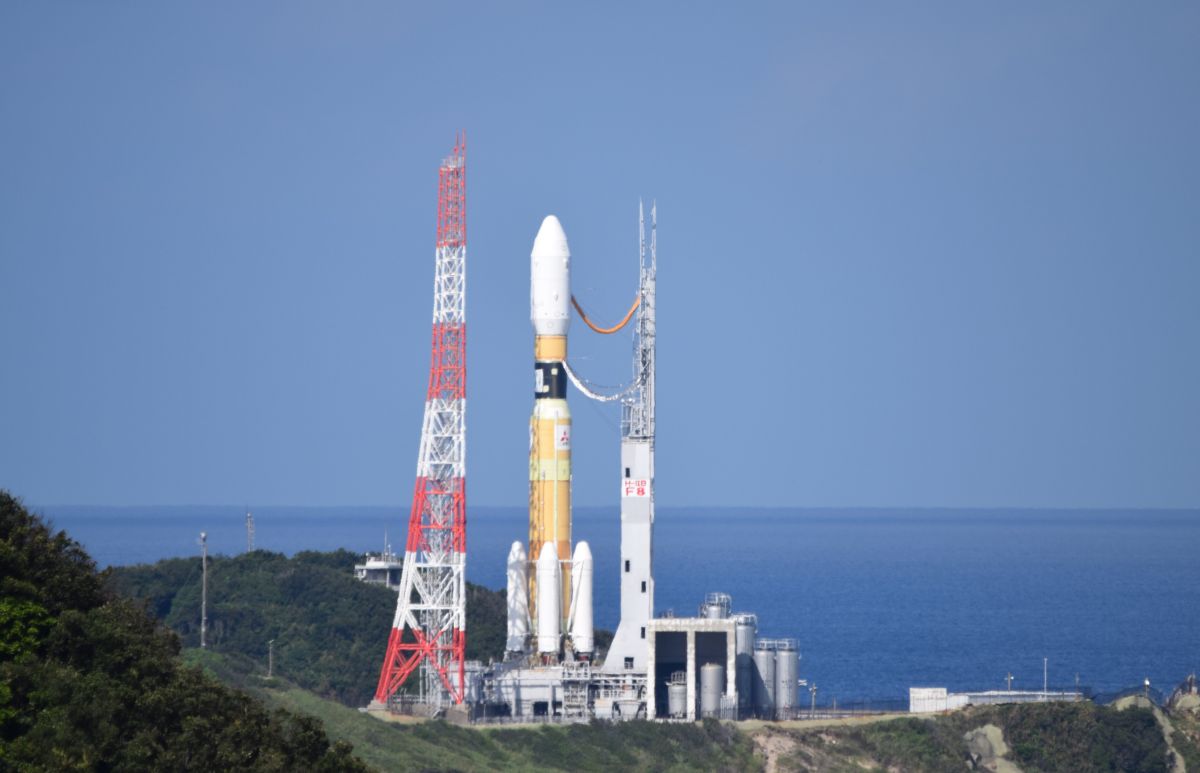 An unmanned Japanese refueling ship will launch to the International Space Station today (September 24) after a two-week delay due to a launch panel fire and you can watch live online.

The Japanese Aerospace Research Agency will launch an unmanned aerial vehicle HTV-8 (also known as Kounotori8) to a space station from Tanegashima Space Center in southern Japan over an H-IIB rocket. Liftoff is scheduled for 12:05 pm EDT (1605 GMT). This will be at 1.05am Wednesday at the launch site. You can watch the launch live here via NASA TV at 11:30 AM EDT (1530 GMT). JAXA is offering its own webcast here, starting at 1

HTV-8 exports over 4 tonnes of deliveries to the International Space Station for six outpost crews. JAXA and Mitsubishi Heavy Industries, which built the H-IIB rocket, tried to launch the HTV-8 on September 10, but a fire on the launch pad just below the rocket forced them to cancel the launch.

MHI representatives said the fire was a first for the company and JAXA was caused by an unexpected concentration of flammable oxygen vapor in the substrate. "We have taken corrective action and confirmed the proper functioning of the missile and the facility," they said in a statement.

"Startup provider Mitsubishi Heavy Industries has identified the cause of the fire and determined a new release date after corrective measures were introduced," a NASA official wrote in a statement.

"Named Kounotori, which means white stork in Japanese, the ship will deliver six new lithium-ion batteries and corresponding adapter boards that will replace aging nickel-hydrogen batteries for two supply channels in the long-haul route segment of the station," a station statement said. in a NASA staff message. "The batteries will be installed through a series of robotics and space trails by station crew members later this year."

In addition, the HTV-8 is a small, experimental satellite optical communication system called SOLIS (designed to allow 100Mbps downlink speed from space station), experimental Hourglass to test the effects of gravity on dust and granular material and upgrade the station for biological experimentation at the station, NASA officials added.

Each HTV spacecraft includes an internal compartment that astronauts have access to from inside the station, and an external payload area for external equipment such as new batteries for solar system. At the end of their missions, HTV vehicles are filled with rubbish and released for deliberate combustion in the earth's atmosphere.

The HTV-8 is currently scheduled to arrive at the International Space Station early Saturday (September 28th), where it will be captured by astronauts using the robotic arm of the orbital laboratory. The spacecraft will then be attached to an available docking port on the station's Harmony module.