Tom Steyer's debate venue is in Limbo. His money is ready to spend 2020 anyway. 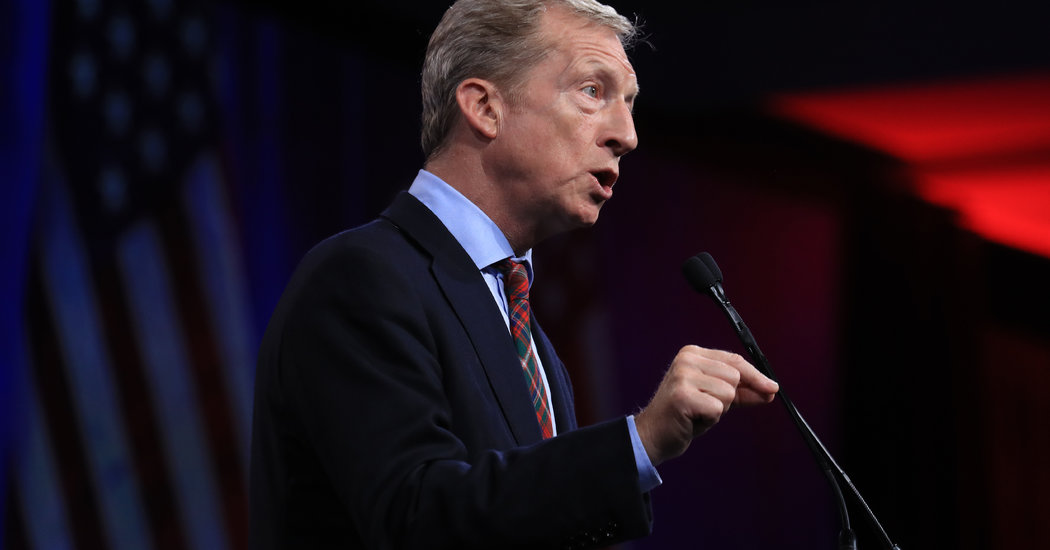 He has spent millions clamping down on President Trump's impeachment in television ads promoting himself and his Need to Impeach group, while creating an eight million email list he can already pay to access (the campaign you need to technically rent the list, but it's little more than accounting). And he set up an environmental advocacy group, NextGen America with chapters nationwide.

"He has built an infrastructure that can turn into a work for a presidential campaign," said Kevin Mac chief strategist of Need to Impeach.

More than most first-time applicants, Mr. Steyer has some experience in retail policy by asking questions at mayoral events across the country conducted by Need to Impeach. Yet it can be complicated.

At the State Fair, Mr. Steyer was prompted by an Iowa farmer about working a minimum wage of 15 per hour in rural areas. "I respect you have built 37 billion – whatever it is," said farmer Kyle Gilchrist. "I'm a poor man in Van Buren County." Mr. Gilchrist said he was still cutting hay. The billionaire lifted the farmer's T-shirt to check his biceps, nodding in approval.

Mr. Steyer is not a self-funded politician in the centrist form of former mayor Michael R. Bloomberg. In some ways, Mr. Steyer is a liberal who occupies the same space for structural reform as progressive leaders in the ballot box, Mrs. Warren and Mr. Sanders. He accepted decriminalizing the border, expanding the Supreme Court and, as a private citizen, proposed a "wealth tax" on the assets of the super-rich last fall, before Ms. Warren.

If the idea of ​​a rich tycoon moving like a misunderstood outsider against a rigid system and political establishment sounds familiar, this is no accident.