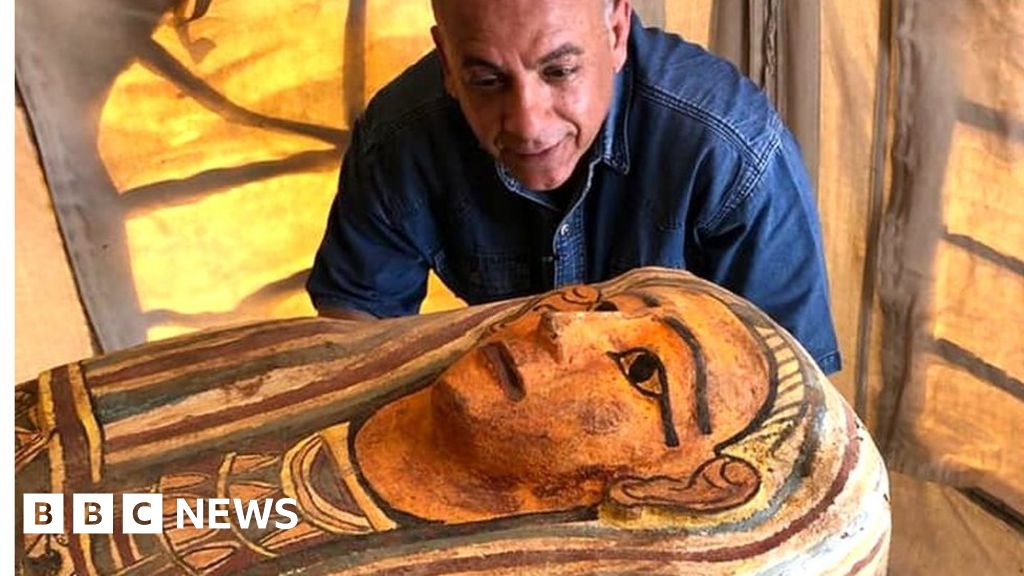 A total of 27 sarcophagi, buried more than 2,500 years ago, have been discovered by archaeologists in an ancient Egyptian necropolis.

They were found in a newly discovered well in a sacred place in Saqqara, south of the capital Cairo.

The discovery is now considered by experts to be one of the largest of its kind.

Saqqara has been an active cemetery for more than 3,000 years and has been declared a UNESCO World Heritage Site.

“Initial investigations show that these coffins have been completely closed and have not been opened since they were buried,” an Egyptian ministry said in a statement on Saturday.

The statement added that Egyptian Antiquities Minister Khaled al-Anani had initially postponed announcing the find until he was able to visit the site on his own, thanking staff for working in difficult conditions at a depth of 11 meters (36 feet).

Excavations are continuing at the site as experts try to establish more details about the origin of the coffins.

The ministry said it hoped to reveal “more secrets” at a press conference in the coming days.

Other artifacts found around the wooden coffins also look well-crafted and colorfully decorated.

In November, a large cache of mummified animals, discovered in 2018 by archaeologists near the Pyramid of Steps in Saqqara, was shown to the public for the first time.

Saqqara, located about 30 km (18 miles) south of Cairo, is an ancient burial ground that served as the necropolis of Memphis, the capital of ancient Egypt, for more than two millennia.

In recent years, Egypt has stepped up its promotion of its archeological finds in an attempt to revive its vital but remarkable tourism industry.